[Savage Minds is pleased to publish this essay by Ruth Behar as part of our Writers’ Workshop series. Ruth is the Victor Haim Perera Collegiate Professor of Anthropology at the University of Michigan. She is the author of numerous articles and books including Translated Woman: Crossing the Border With Esperanza’s Story (Beacon Press, 1993), The Vulnerable Observer: Anthropology That Breaks Your Heart (Beacon Press, 1996), An Island Called Home: Returning to Jewish Cuba (Rutgers University Press, 2007), Traveling Heavy: A Memoir In Between Journeys (Duke University Press, 2013), and is co-editor with Deborah Gordon of Women Writing Culture (University of California Press, 1995).] 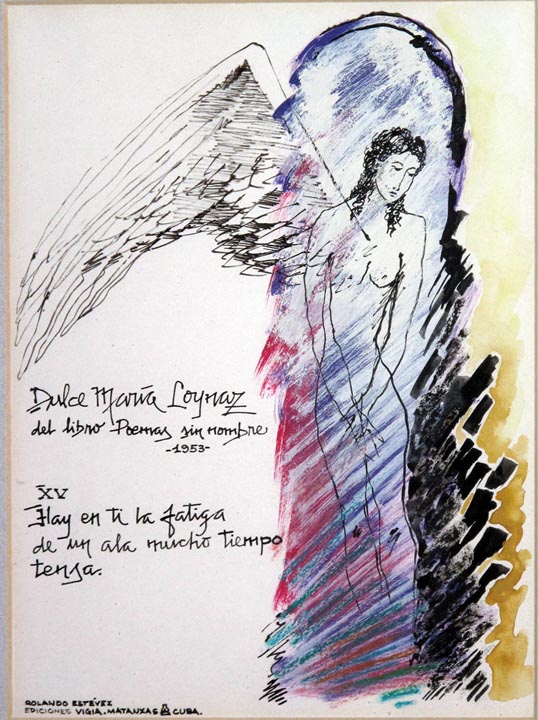 Years ago, when I started returning to Havana, the city where I was born, I had the good fortune to be welcomed into the home of Cuban poet, Dulce María Loynaz. By then she was in her nineties, frail as a sparrow, nearly blind, and at death’s doorstep, but enormously lucid.

Inspired by her meditative Poemas sin nombre (Poems With No Name), I had written a few poems of my own, and Dulce María had the largeness of heart to ask me to read them aloud to her in the grand salon of her dilapidated mansion. She nodded kindly after each poem and when I finished I thought to ask her, “What advice would you give a writer?” END_OF_DOCUMENT_TOKEN_TO_BE_REPLACED 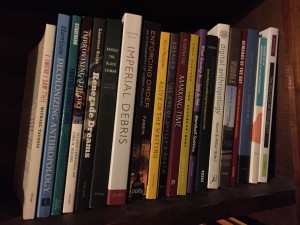 One year ago, we launched the Writers’ Workshop series here on Savage Minds to provide a new space for reflecting on writing. We’ve now had two successful seasons with twenty-one anthropologists contributing: END_OF_DOCUMENT_TOKEN_TO_BE_REPLACED

(Savage Minds is pleased to run this essay by guest author Noel B. Salazar as part of our Writer’s Workshop series. Noel is Research Professor at the Faculty of the Social Sciences at the University of Leuven. He is the author of Envisioning Eden: Mobilizing Imaginaries in Tourism and Beyond (Berghahn, 2010), and is co-editor with Nelson H.H. Graburn of Tourism Imaginaries: Anthropological Approaches (Berghahn, 2014), and with Nina Glick Schiller of Regimes of Mobility: Imaginaries and Relationalities of Power (Routledge, 2014). Scholar of tourism, cosmopolitanism, and varied forms of social and cultural mobility, Noel is currently serving as president of the European Association of Social Anthropologists.)

While I’m brainstorming ideas for this writers’ workshop series, my pre-school daughter is sitting next to me. Even though she can’t read or write yet, she’s fascinated by letters. As I type along on my laptop, she jots down her own invented script in a little notebook. It reminds me of my own journey of discovery of “the written word.” I had barely mastered the technicalities of handwriting when I started scribbling in personal diaries. As a teenager, I complemented these self-absorbed writings with more social formats as I exchanged snail mail letters with pen pals from across the globe. My first love relationships added poetry to the list and I became an avid journalist for my school’s newspaper (named “Boomerang,” hinting at the importance of reader reception). I continued some of that work at university, where I took a specialized course in journalism and experimented with a range of academic writing styles and formats. I also became a “critical writing fellow,” helping undergraduates to translate thoughts into words. When I moved abroad (which happened multiple times), I mailed weekly electronic “letters from [destination X]” to relatives and friends. I kept this tradition during my doctoral fieldwork, in addition to launching an ethnographic blog. So it’s no exaggeration to state that I like writing. END_OF_DOCUMENT_TOKEN_TO_BE_REPLACED

(Savage Minds is pleased to run this essay by guest author Robin Bernstein as part of our Writers’ Workshop series. Robin is Associate Professor of Anthropology at the University of Colorado. She works on how growth and development is shaped, both across generations and among species, in humans and nonhuman primates, and is currently conducting research in rural Gambia. Her recent publications include articles in the American Journal of Primatology and the American Journal of Physical Anthropology.)

As an anthropologist with a field site on another continent and a laboratory that needs a full-time technician to operate properly, I am dependent on continuous external funding to keep things going. There was a time when I resented this, and felt utterly exhausted and desperate in the context of the endless application-rejection cycles, waiting on the edge of my seat to find out whether I could continue my projects uninterrupted, keep my employees employed, and offer any resources to my students. END_OF_DOCUMENT_TOKEN_TO_BE_REPLACED