“The sharing of joy, whether physical, emotional, psychic or intellectual

forms a bridge between the sharers, which can be the basis for

understanding much of what is not shared between them,

and lessens the threat of their differences,”

We often equate good scholarship with a critical attitude. A cynical view of the world is almost automatically welcomed as more scientifically sound than an enchanted one. While this methodology has led to destabilizing habits of thought that perpetuate large structures of power, it has also elevated the critical perspective onto a pedestal. We are more inclined to unveil the mechanisms, cultural logics, and uneven global flows that underpin magic than to suspend disbelief and to partake in it. We have grown afraid of feeling enchanted.

I was attracted to my research topic, a classical music program in Venezuela popularly called ‘El Sistema,’ because I found it enchanting. The program provided free classical music education and instruments to more than half a million young people in schools all over Venezuela. Even in video recordings, I was smitten by the energy with which the young musicians played, by the sight of people who were passionate about a pursuit.

In Venezuela, I met musicians who took musical enchantment seriously: it was a state of mind and spirit that they consciously aspired towards. One of them was Carlos, an eighteen-year-old musician. I asked to interview him because his playing stood out for me at a concert: when Carlos played, he lifted the instrument unusually high in his left hand, his cheek resting against the instrument as if on a pillow. He closed his eyes. And smiled.

He played me a recording of the second movement of Beethoven’s Pathetique sonata and said: “For me, this is the maximum expression of love. It’s the peak. That’s how I understand it. When I first heard the first phrase of the second movement it felt like satisfying thirst or hunger. Like a personal necessity. Like a dialogue with oneself. You are with yourself listening to something that moves you. It’s one of the experiences I am most grateful to God for – that something moves me to the point I can feel this. Music has incredible power.”

Being moved, sometimes to tears, by music, was a mode of being that musicians like Carlos valued collectively, pursued in their music, and discussed in everyday conversations. A good performance was defined as one in which the performer poured her heart and soul into the instrument. A good concert had energy, and moved both performers and audiences to tears. I could respond to this enchantment with cynicism and dismissal, or I could partake in it. I chose the latter. These musicians inspired me to think of enchantment as a way of living and being, as a valid intellectual and emotional stance in the world. 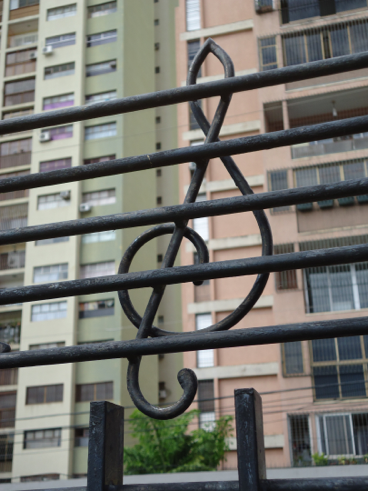 Political theorist Jane Bennett describes enchantment as a state of wonder “produced by a surprising encounter with something that you did not expect.” This encounter with an object of sensuous experience leaves us transfixed and spellbound and alters our perception of the passage of time. I particularly like this term because the root of the word, chante, in French, means song. In a sense, then, enchantment means “to surround with song and sound.”

And so, I surrounded myself with song. I taught flute in a Caracas barrio. I accompanied musicians on the piano. I listened to countless orchestra rehearsals. As a phenomenological method, the shared space of musical experience allowed me to linger with the musicians in an ethnographic encounter prior to analysis, reflection, and explanation. This was appropriate for a study of music. As Rogelio, a flutist, told me: “Music has to be felt, it cannot be explained,” a sentiment echoed by many others. I began to think of enchantment as a form of ethnographic methodology.

Yet, enchantment is situational and depends on one’s perspective. Our personal histories and inquisitiveness move us to act and fuel our interest in a given topic. What we are enchanted by is determined by our life history, cultural, and historical factors that have shaped our lives. It is not always shared. But it can be taught and conveyed.

I let my interlocutors teach me about music, about wonder and beauty. They told me about what they found was beautiful in a musical phrase, in a mango tree, in the tropical rain of a Sunday afternoon. We marveled at beauty together and this shared state of mind produced bonds of understanding and complicity. This synergy between people, between ethnographer and interlocutors, defined how I navigated space and time, what people I gravitated towards. It swayed the course of my fieldwork. 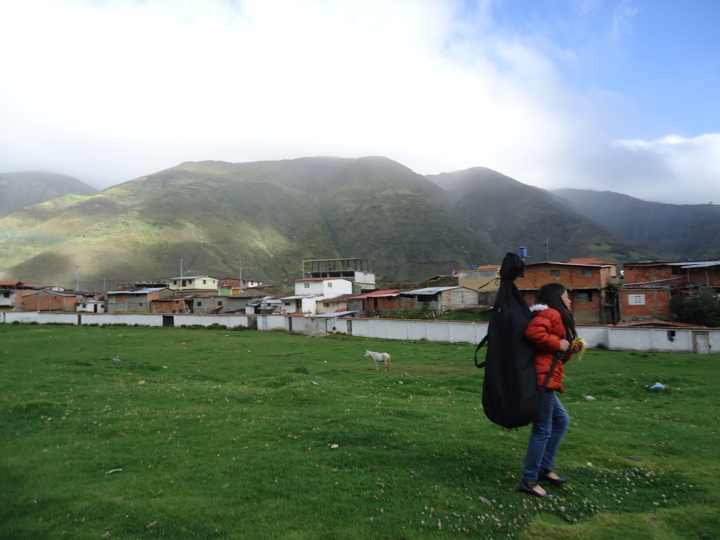 Of course, enchantment was not a constant state of mind. It waxed and waned. It led to frustration, sadness, disappointment, disillusionment – with the institution, but also in response to my own shifting intellectual and emotional positions. Rather than discard the initial enchantment as irrelevant, I came to think of it as woven within my project. Disillusionment did not invalidate enchantment but surfaced as a beat in its tempo, in its gait. The world is not only wholly enchanted or wholly disenchanted, as Bennett notes. Rather, there exist “pockets of enchantment” in the midst of landscapes of widespread disillusionment.

How can we better nurture enchantment, in our methodology, in our writing, in our theoretical framework? How do we keep both enchantment and disillusionment in our sight at the same time? How do we assume a position in our writing that is both critical and creative?

Yana Stainova is a Postdoctoral Fellow at the Dartmouth Society of Fellows. Her work focuses on artistic expression and social transformation in Latin America. She received a Ph.D. from Brown University and a B.A. from Mount Holyoke College.

2 thoughts on “Enchantment as Methodology”