The US cannabis landscape is shifting quickly, and so is the way we talk about the plant and its uses. The push to end its prohibition has entailed a proliferation of stakeholder groups, each with its own labeling preferences. Interviews with Southern Californian parents using marijuana medically for children with intractable epilepsy (pharmaceutically uncontrolled seizures) taught me that what’s in a name matters—a lot. How it matters differs depending on who is talking, and what he or he seeks to accomplish when it comes to this plant and its products.

Cannabis—marijuana—has many medical applications, including for epilepsy. Parent interest in this rose sharply when CNN profiled its success with a child in Denver. However, little scientific research has been done with the plant (its legal classification makes that tricky), so doctors generally will not assist parents proactively in regard to its use. Word of mouth, online resources, and purveyor promises are often all that parents have to go by as they work out dosage and other aspects of their child’s cannabis regimen. My research explores how they manage this, which has implications for our understanding of how regular citizens contribute to biomedicine’s knowledge base and therapeutic tool kit. Findings also may be used to help improve service provision for these vulnerable families. END_OF_DOCUMENT_TOKEN_TO_BE_REPLACED

We write out of our shared concern over the current Zika virus epidemic in Puerto Rico and the Caribbean in the hopes of making useful interventions. Because of Zika’s adverse effect on fetal development and potential link to Guillain-Barré syndrome, the virus poses serious concerns for public health. The World Health Organization declared a Public Health Emergency in Brazil following the outbreak of microcephaly and Guillain-Barré syndrome cases, strongly suspected to be associated with Zika.

Puerto Rico is already in a state of political-economic emergency, while burdened with a preexisting Chinkungunya epidemic, as well as endemic Dengue virus. All three viruses share the same mosquito vector, Aedes aegypti. In late January 2016 an influenza epidemic was also declared on the island.

Because the main vector is an anthropophilic (domestic) mosquito, well adapted to the human made environment in areas where there are multiple opportunities for water to collect, we find the issue of access to clean water and waste management (especially plastic) to be of great urgency and importance in containing viral spread. We call on the government, as well as agricultural corporations and water-intensive industries in Puerto Rico to share responsibility for the ecologically sustainable restructuring and management of the public water systems, especially in view of the historic drought of 2015 on the island, during which Puerto Ricans suffered unprecedented water shortages for several months. END_OF_DOCUMENT_TOKEN_TO_BE_REPLACED

[Savage Minds is pleased to publish this essay by Thurka Sangaramoorthy and Adia Benton. Thurka Sangaramoorthy is an assistant professor of anthropology at the University of Maryland. She is the author of Treating AIDS: Politics of Difference, Paradox of Prevention (Rutgers University, 2014). Her work on race, health, and inequality in the US has appeared in Medical Anthropology and Human Organization. Adia Benton is an assistant professor of anthropology at Brown University. She is the author of HIV Exceptionalism: Development through Disease in Sierra Leone (University of Minnesota, 2015). Her writing on the West African Ebola outbreak has appeared in Dissent, The New Inquiry and Cultural Anthropology’s Hot Spots series.]

Almost five months into the epidemic, on August 8, 2014, the World Health Organization (WHO) declared the Ebola outbreak in West Africa a “public health emergency of international concern.” Military and police responses — both international and national — played a crucial role in responses to the epidemic. A few weeks later, on August 20th, the Liberian military quarantined residents of West Point in the capital city of Monrovia without advance warning, essentially cutting them off from food and supplies and causing thousands of residents to clash with troops and riot police. Images surfaced of troops firing live rounds and tear gas and viciously beating back residents who challenged the lockdown. Military-enforced quarantines around entire districts of Sierra Leone and the shift of power from the ministry of health to the ministry of defense were key features of its Ebola response.

Across the Atlantic, on August 9, 2014, 18-year old unarmed Michael Brown was shot to death by police officer Darren Wilson in Ferguson, Missouri. Peaceful protests and civil disorder ensued in the following weeks, prompting the governor to declare a “state of emergency” and call on local police and the National Guard to control protests and maintain curfews. Greater public attention was placed on the increasing militarization of local police forces as the grand jury, which was convened to hear evidence of the circumstances surrounding the death of Michael Brown, reached a decision not to indict Officer Wilson. END_OF_DOCUMENT_TOKEN_TO_BE_REPLACED

(former Mind Thomas Strong recently participated in a conference on ‘competing responsibilities’ organized by Susanna Trnka and Catherine Trundle. What follows is an interview between Tom, Susanna, and Catherine on the conference theme, which dove-tails wonderfully with Bree Blakeman’s recent blogging on the concept of responsibility. Transparency: By chance I’m going to the next round of the conference in Wellington, so this is something I’ve been thinking about as well -Rx)

TS: Could you both introduce yourselves, and talk about how you came around to the question of responsibility?

END_OF_DOCUMENT_TOKEN_TO_BE_REPLACED

Anthropology surfaced briefly in the mainstream media earlier this week when NPR ran a story entitled “Why anthropologists join an ebola outbreak team“. It was a good story with some useful links. But I thought I’d dig a little deeper and talk more about Barry Hewlett, the anthropologist who joined the ebola outbreak team, his work, and what it says about the value of anthropology. END_OF_DOCUMENT_TOKEN_TO_BE_REPLACED

Last week, the Supreme Court ruled in favor of Hobby Lobby; they are free to deny the insurance coverage of certain contraceptives for their employees. Blogs have written about how this is a loss for women’s rights and a victory for women’s rights, a win for religious freedom and a loss for the religious, a win for corporate personhood, a loss for the LGBTQIA community, and a loss for conservatives. Whichever the case may be, Hobby Lobby is at the very least a win for ethnophysiology. END_OF_DOCUMENT_TOKEN_TO_BE_REPLACED

It’s that time of year again: the MacArthur foundation has unveiled its 2013 Fellows. Amongst them is the anthropologist Julie Livingston. Congratulations Julie!

Technically, Livingston’s Ph.D. is in history, but worked with Ivan Karp on a Ph.D. on Botswana and it and her previous work demonstrates a keen sense of the importance of culture and history as they affect and are affect power relations. Its this concern with contextualization, particularity, and the relevance of empirical and qualitative work that makes her approach ‘anthropological’, not the fact that she studied in “Exotic Africa”. I’m hesitant to say more about her work because I’m not very familiar with it. But in an age where people believe anthropology must be Quantitative True Science, Livingston’s award helps remind us that interdisciplinary social science is, literally, genius.

In fact, anthropologists regularly figure as MacArthur fellows, and one of the pleasures of writing this blog is making annual announcements that another one of our own has made it big. So congratulations Julie and, if you don’t mind us stealing some of your thunder, congratulations to anthropology as well. 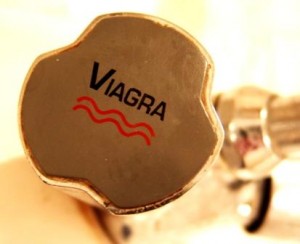