Nick Seaver is a PhD candidate in anthropology at UC Irvine. He is currently conducting research with developers of algorithmic music recommender systems in the US. You can follow him on Twitter at @npseaver.

View all posts by Nick Seaver → 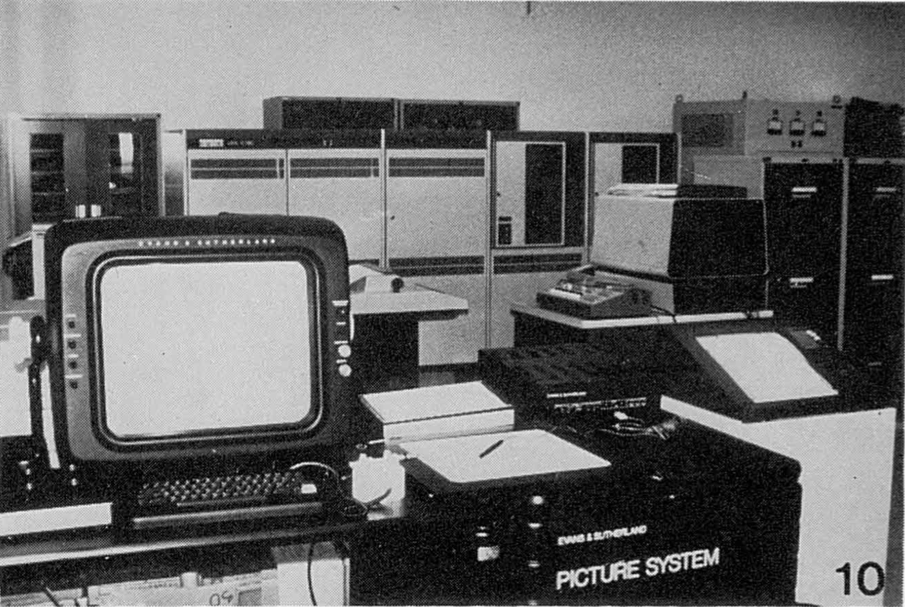 Display system, from Shigeharu Sugita’s 1987 “Computers in Ethnological Studies: As a Tool and an Object“

This post is the final part of a series on the history of computing in sociocultural anthropology.

The 1980s marked a significant shift in the history of computing and anthropology. Up to this point, computers were primarily considered tools that could be incorporated into anthropological methods. Georgina Born has described this instrumental attitude as “modernist,” based on the assumption that computational tools are basically rational and thus “a-cultural.” A number of coincident developments during the 1980s complicated this assumption, shifting computing from an anthropological tool into an object of study in its own right. With the spread of PCs, computing left university or corporate mainframes, entering and influencing traditional anthropological field sites as well as newer ones, such as the workplace. With more anthropologists heeding Laura Nader’s 1969 call to “study up” and the increasing influence of science and technology studies on anthropological research programs, the scope of anthropological interest also spread, incorporating “high-tech” sites where computers had already become well-established tools. Along with the increased interest in the cultural politics of method heralded by the reflexive turn, these moves brought computers into the frame for anthropology — to serve not only as ready-to-hand tools but as present-at-hand objects of anthropological interest. Anthropologists began to encounter computers not only as tools that they might use or avoid, but as cultural artifacts to be studied anthropologically.1

END_OF_DOCUMENT_TOKEN_TO_BE_REPLACED

The introduction of portable personal computers significantly broadened the scope of computing in anthropology. Where centralized mainframe computing had lent itself to large calculative tasks and team research projects, PCs fit more readily into the classic model of the lone fieldworker working primarily with textual material. Through the 1980s, computers achieved a certain ordinariness in anthropological work — the use of a computer for data collection or analysis was not limited to a vanguard group seeking to redefine anthropology, but was rather becoming a typical fact of university life (and, increasingly, life outside the university as well). This ordinariness set the stage for the explosion of social scientific interest in computers that was to come with the introduction of the world wide web and its attendant mediated socialities.

END_OF_DOCUMENT_TOKEN_TO_BE_REPLACED

Last week, I surveyed mid-century formalist approaches to computing and culture, which took culture as ideational — a matter of mental states, structures, or content. Ethnoscience and cognitive anthropology epitomized this attitude toward culture, taking part in a cross-disciplinary “cognitive revolution.” As Paul Edwards has outlined, computers were central to the emergence of cognitive science, which was founded on an understanding of the mind-brain relation by analogy to software and hardware. George Miller, a pioneer of cognitive psychology, suggested that computers helped collapse the behaviorist paradigm. Where behaviorism limited psychologists’ theorizing to the mind’s strictly observable “outputs” — lever pulls and all that — the computer offered a model for thinking about “memory, syntactic rules, plans, schemata, and the like.” These notions could be instantiated in actual computers, providing a working model of what was going on in the mind. As Miller said: “We didn’t believe that computers were giant brains, but we could see the similarities.”

However, cognitive and otherwise ideational approaches to culture did not have a monopoly on computational models and methods.

END_OF_DOCUMENT_TOKEN_TO_BE_REPLACED

If we had to pick a moment when computers first appeared as anthropological research tools, it might be the 1962 Wenner-Gren Symposium on “The Uses of Computers in Anthropology.” The proceedings would be published three years later, in a volume edited by Dell Hymes. Over the following decades, as journals featured reviews of computer programs for anthropologists, the symposium regularly served as the inaugural reference.

END_OF_DOCUMENT_TOKEN_TO_BE_REPLACED

In his foundational 1955 article “The Structural Study of Myth,” Claude Lévi-Strauss outlined the program for a structuralist, cross-cultural study of mythology. The basic premise is prototypical structural anthropology: to analyze myths, one must decompose them into their constituent units (or “mythemes”). Thus decomposed, hidden mythical patterns can be made evident. These patterns are the real “content” of myths, according to Lévi-Strauss — they persist across different tellings of the same myth, and they reflect the inner structures of the mind. More important for the structuralist project, they recur in different myths, cross-culturally, reflecting the psychic unity of mankind.1

END_OF_DOCUMENT_TOKEN_TO_BE_REPLACED

The fundamental requirement of anthropology is that it begin with a personal relation and end with a personal experience, but […] in between there is room for plenty of computers.
– Claude Lévi-Strauss, epigraph to The Use of Computers in Anthropology 1

Recent years have seen the growth of what we might call “alternate universe anthropology.” People with little or no training in anthropology are taking on big sociocultural questions, and they’re doing it with computers. We find PhDs in Electrical Engineering trying to algorithmically define musical genres, computer scientists modeling family ties in social networks, and autodidact software developers designing “content discovery” apps around their own theories of cultural influence and flow. If sociocultural anthropology didn’t already exist, people might reasonably assign the name to this stuff.
END_OF_DOCUMENT_TOKEN_TO_BE_REPLACED