View all posts by leif →

[This month Leif Jonsson, Masao Imamura, and Jacob Hickman are guest blogging about James Scott’s The Art of Not Being Governed. This post is by Jacob]

In early 2011 I organized a panel by the same title as this post in which we brought together ethnographers and historians to test the Zomia hypothesis against a body of ethnographic and historical material related to two Southeast Asian highland groups — Hmong and Mien. Two of the panelists (including fellow guest-blogger Leif Jonsson) were interviewed for this piece in the Chronicle of Higher Education that addressed the traction of Zomiography (if I may). I must say that since that time my ambivalence about the argument in James C. Scott’s latest book has perhaps only grown deeper.

END_OF_DOCUMENT_TOKEN_TO_BE_REPLACED

[This month Leif Jonsson, Masao Imamura, and Jacob Hickman are guest blogging about James Scott’s The Art of Not Being Governed. This post is by Leif]

Understanding or even knowing the state is not an empirical matter entirely. The issue comes down to how we understand our selves and others, and what kind of future we can imagine. Pierre Clastres, who inspired some of Scott’s case, could only imagine history-involving-Indians as a process of destruction. Many scholars shared this view – their notions (of who were the Indian peoples of the Amazon and of what could happen to them) were entangled in these academics’ sense of themselves, the world, and what the future can (or could) hold. There are echoes of Fernand Braudel’s understanding of history, such as how capitalism or Christianity had “penetrated” the Mediterranean countryside and how some “remote” settlements had stood outside these dynamics. END_OF_DOCUMENT_TOKEN_TO_BE_REPLACED

[This month Leif Jonsson, Masao Imamura, and Jacob Hickman are guest blogging about James Scott’s The Art of Not Being Governed. This post is by Masao Imamura.]

James Scott’s Art of Not Being Governed: An Anarchist History of Upland Southeast Asia [hereafter Anarchist History] presents a tragedy of hill tribes, who were “runaway, fugitive, maroon communities.” These upland anarchists were “over the course of two millennia … fleeing the oppressions of state-making projects—slavery, conscription, taxes, corvée labor, epidemics, and warfare” (ix). Living away from the state, they governed themselves—until they were defeated by the state. Reading Anarchist History is to mourn the death of tribal peoples as victims of the state and civilization.

Scott tells us that this tragedy of tribal peoples concerns all of us because it is in fact a story of humankind: “Not so very long ago … such self-governing peoples were the great majority of humankind” (ix). The tribal life represents the quality of autonomy and freedom that we humans once enjoyed. The hill anarchists were the last band of humans who fought valiantly against the state, the great villain, under whose rule we all live. Today, after this defeat, we live in “an era in which virtually the entire globe is ‘administered space’ and the periphery is not much more than a folkloric remnant. … there can be not a shred of doubt” (324-325).

END_OF_DOCUMENT_TOKEN_TO_BE_REPLACED 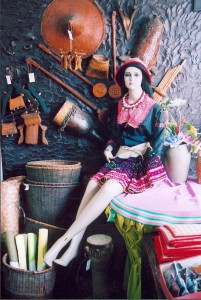 [Savage Minds welcomes guest bloggers Leif Jonsson, Masao Imamura, and Jacob Hickman, who offer individual takes on some issues raised by James Scott’s The Art of Not Being Governed: An Anarchist History of Upland Southeast Asia (Yale U P, 2009). Kerim’s previous post on the book is here. This post is by Leif.]

James C. Scott’s The Art of Not Being Governed: An Anarchist History of Upland Southeast Asia is an interesting read. If anthropology-readers are used to embarrassment regarding the gaze on tribal peoples, then here is a license to guilt-free gawking: These weren’t tribals but rather freedom-seeking secessionists from the lowlands. There were no real ethnic others, the book suggests. Instead, linguistic and cultural diversity and the profusion of ethnic labels are just markers of state-evading strategies. In my view this is all rather problematic, in that clueless western readers (people ignorant of, say, particular histories, cultures, societies, languages, peoples, or politics in Southeast Asia) are invited to feast on the identities and politics of the Southeast Asian hinterlands without any involvement.

The effect bears some resemblance to the fickle fascination with Indians of the Brazilian Amazon as natural allies of the rainforest, that evaporated once the noble Other was seen as somehow too modern. Scott draws explicitly on the work of Pierre Clastres regarding the Guayaki and other Indians of Latin America, that the Indians had run away from the state and hierarchy and all that. Clastres had been a student of Levi-Strauss, and his early tribalist work was deeply fatalistic regarding the looming disappearance of all indigenous peoples. Clastres’ shift in focus, from pre-contact- to ex-contact peoples does not remove the assumed purity of the tribal slot but instead relocates its source. The tribals aren’t pure because of their cultural- or other essence, but because they ran away from the source of all pollution (the state, with its inequality, taxation, sedentary lifestyles, and other contaminants).