Sometimes a blog entry comes along that just bowls you over. I almost always enjoy Jon Marks’s all-to-infrequent posts but his latest one  is really a work of art and now wins my awards for ‘best short explanation of why anthropologists think NAS jumped the shark when it elected Napoleon Chagnon’.

The fire works really start in the second half of the entry, where Marks asks “can we generalize from Napoleon Chagnon’s demonstration that murder and babies are correlated?” He writes:

When Brian Ferguson (amongst others) made this point (without cursing) Chagnon said that “it looks as though [Ferguson’s] hypothesis doesn’t hold up”. To which Marks replies:

No, Chagnon is the one with a hypothesis, and his data are statistically inadequate to either confirm or deny it.  Moreover, when Nicholas Wade writes, “Dr. Chagnon said he was familiar with those criticisms but called them invalid and said none had been published in a peer-reviewed journal”  he puts an unchallenged falsehood in Chagnon’s mouth in support of this poor scientific reasoning… In science, if you make a claim, you have to demonstrate its validity and do the proper controls.  Or else shut up.  Really. That’s not an extravagant demand; it is an expectation.

Emphasis is in the original there folks.

END_OF_DOCUMENT_TOKEN_TO_BE_REPLACED 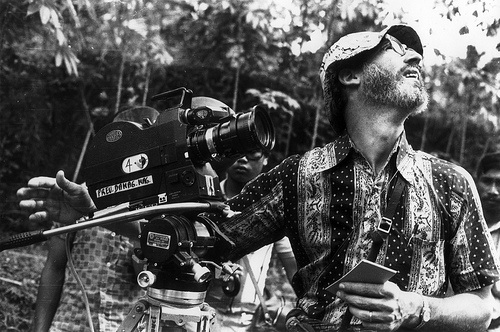 It seems a lot of anthropologists have had cause to write angry letters in response to Chagnon’s latest book: Sahlins, Fuentes and Marks here on Savage Minds, and a host of others elsewhere (see Anthropology Report for a good rundown). But I thought Jay Ruby’s criticism was unique enough that it deserved it’s own post. Sent to VISCOM, an email list for visual anthropology, Ruby wrote the following:

For me, the most annoying thing about this book is Chagnon’s attempt to erase Tim Asch’s contribution to the production of the Yanomamo films.  At one point, Chagnon even refers to the films as “my documentary films.” I knew Tim Asch as a friend and colleague.  We had many discussions about his collaboration with Chagnon.  Anyone interested in reading about Asch’s view of the collaboration should look at Chapter 4 of my book, Picturing Culture (2000, U of Chicago press). When it was commonly assumed that the best way to make an ethnographic film was for a filmmaker to collaborate with an ethnographer, The Asch-Chagnon collaboration was regarded as the model. Few people knew that the partnership was a disaster with Asch literally begging Chagnon to spend more time working on these films. Their relationship was so unpleasant that when Asch died in 1994, Chagnon refused to contribute to a planned memorial.  To say Chagnon’s treatment of Asch in this book is unjust and petty is an understatement.

By the evidence of his own writings as well as the testimony of
others, including Amazonian peoples and professional scholars of the
region, Chagnon has done serious harm to the indigenous communities
among whom he did research. (See my review of Tierney in the Washington
Post, 2000, below). At the same time, his “scientific” claims about
human evolution and the genetic selection for male violence–as in the
notorious study he published in 1988 in Science–have proven to be
shallow and baseless, much to the discredit of the anthropological
disciple. At best, his election to the NAS was a large moral and
intellectual blunder on the part of members of the Academy. So much so
that my own participation in the Academy has become an embarrassment.

END_OF_DOCUMENT_TOKEN_TO_BE_REPLACED

I received this link via the e-anth listserv and thought I would pass it along.  This piece in the NY Times gives a pretty good overview of some of the controversies and debates that have surrounded the career of Napoleon Chagnon.  Here’s the intro:

Among the hazards Napoleon Chagnon encountered in the Venezuelan jungle were a jaguar that would have mauled him had it not become confused by his mosquito net and a 15-foot anaconda that lunged from a stream over which he bent to drink. There were also hairy black spiders, rats that clambered up and down his hammock ropes and a trio of Yanomami tribesmen who tried to smash his skull with an ax while he slept. (The men abandoned their plan when they realized that Chagnon, a light sleeper, kept a loaded shotgun within arm’s reach.) These are impressive adversaries — “Indiana Jones had nothing on me,” is how Chagnon puts it — but by far his most tenacious foes have been members of his own profession.

At 74, Chagnon may be this country’s best-known living anthropologist; he is certainly its most maligned. His monograph, “Yanomamö: The Fierce People,” which has sold nearly a million copies since it was first published in 1968, established him as a serious scientist in the swashbuckling mode — “I looked up and gasped when I saw a dozen burly, naked, filthy, hideous men staring at us down the shafts of their drawn arrows!” — but it also embroiled him in controversy.

I heard various takes on Chagnon throughout my anthropological training.  I read his book about the “Yanomamo” in some of my very first classes at community college, and then as the years went on I heard about the debates, the fights, the controversies.  When I first heard his name I had no idea he was such a controversial figure.  But then, a lot of thing[s] that I first heard about in my early anthropology courses became a bit more “complicated” along the way.  It’s interesting to me that this author calls Chagnon the best-known living anthropologist.  Maybe he is.  I guess it depends on who you ask though–and where you ask.  Anyway, this NY Times piece is an interesting overview of some of these histories, and it’s worth reading.  Read the rest here.

UPDATE 2/20/13: A lot of folks posted some great resources and links in the comment thread.  I thought I’d update the post and put them up here to make things a little more accessible.  As Jason Antrosio said, this story definitely needs some serious contextualization.  Let me know if you have other links/sources and I will add them here.

4. Sociobalderdash, and the Yanomami? Part II by Ken Weiss.

7. What the press is saying about Napoleon Chagnon (Louis Proyect)

8. The Weird Irony at the Heart of the Napoleon Chagnon Affair (John Horgan @Scientific American)