[Savage Minds is pleased to publish this essay by Les W. Field. Les is professor and chair of the Department of Anthropology at U New Mexico. He pursues collaborative research projects in South, Central, and North America, and in Palestine. Field has also co-organized two field schools for UNM undergraduates and graduate students in the occupied West Bank.]

Many Latin Americanist anthropologists and other scholars are unaware of the state of Israel’s substantial, long-term relationships with certain forces and governments in Latin American countries. Yet knowing of these relationships will aid scholars seeking more background information as they consider their position within the AAA debate over whether the Association should boycott Israeli academic institutions. Israel’s involvement in Latin America initiated quickly after its 1948 establishment, after which it built alliances with right-wing and military regimes that have consistently displayed anti-left, anti-indigenous and anti-democratic characteristics. The comparative thrust of the discipline of anthropology should lead Latin Americanist scholars to ask whether Israel’s record in Latin America is consistent with Israeli policies towards Palestinians inside Israel and the Occupied Territories. As an ethnographer of social change in Nicaragua during the 1980s, it was Israeli support for the Contra insurgency that first led me to read widely and critically about the question of Palestine. I came to see important resonances between Israeli foreign policy in Latin America, on the one hand, and the systematic dispossession of Palestinians from their lands and other resources, including the implementation of apartheid-like policies in the lands controlled by Israel, on the other.

In what follows I offer significant examples of Israel’s involvement in parts of Latin America where I and many other anthropologists have worked, often with indigenous peoples. In the conflicts of which this involvement is a part, the AAA took significant stands in defense of human rights.[i] I argue that if in Latin America, successive Israeli governments have supported brutally violent even genocidal campaigns against indigenous peoples (which the AAA has often opposed) and also supported the most right-wing even anti-Semitic regimes, pay attention to what Israel does in the Occupied Territories because foreign and domestic policies are, I would argue, part and parcel of the same nationalism.  Latin Americanist anthropologists, indeed all anthropologists, should learn about the effects of Israeli foreign policy upon the places where they work, then learn about the parallels with Israeli domestic policy. This knowledge is critical when making any decision to boycott or not, because as anthropologists, we know that states operate in complex international arenas but often reproduce their own exclusionary nationalisms in doing so. I decided to support the boycott of Israeli academic institutions on the basis of what I have learned, and I submit the following aspects of Israeli foreign policy in Latin America since the 1980s, that may similarly educate other anthropologists. END_OF_DOCUMENT_TOKEN_TO_BE_REPLACED

Over at the BBC’s “Future” website, science journalist Rachel Nuwer has a 2,000 word piece up entitled Anthropology: The sad truth about ‘uncontacted tribes’. The piece focuses on Latin America, but is refreshing because it manages to avoid the usual clichés about ‘stone age innocents’. “Today’s so-called uncontacted people all have a history of contact, whether from past exploitation or simply seeing a plane flying overhead,” Nuwer writes. “It is almost always fear that motivates such hostilities and keeps isolated groups from making contact. In past centuries and even decades, isolated tribes were often murdered and enslaved by outsiders.”

END_OF_DOCUMENT_TOKEN_TO_BE_REPLACED 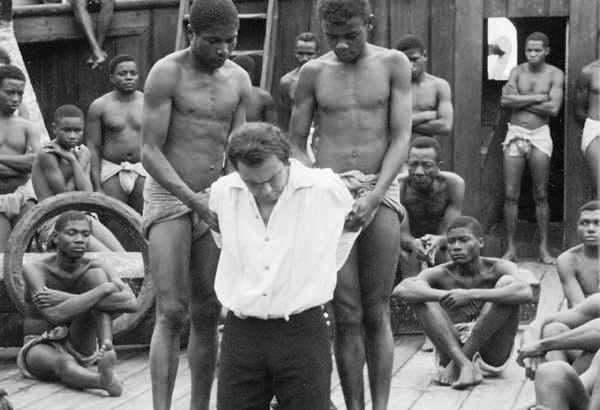 Greg Grandin’s new book The Empire of Necessity: Slavery, Freedom, and Deception in the New World has garnered a lot of attention, with reviews in almost every major American news outlet. It is truly a remarkable tour de force, doing something much modern anthropology seeks to do but rarely does satisfactorily: it portrays the complex interconnectedness of things with elegance and grace. END_OF_DOCUMENT_TOKEN_TO_BE_REPLACED