Price, David H. 2016. Cold War Anthropology: The CIA, the Pentagon, and the Growth of Dual Use Anthropology. Duke University Press.

A few years ago, I had a chance to have lunch with David Price and some other people at the AAA meetings. Back then, he struck me as exactly like the kind of person you’d expect to be a professor at a small liberal arts college in the Pacific Northwest. Which is exactly what he is. Graying beard, laid back manner. I couldn’t see his feet but if he was wearing Birkenstocks, I wouldn’t be surprised. But beneath this amiable exterior is one of America’s most impressive historians of anthropology, a radical thinker and untiring author whose relentlessly probes the dark corners of our discipline’s history. In the course of twelve years Price has written three books which have helped redefine anthropology’s understanding of itself. And now, with Cold War Anthropology, Price brings his massive, precedent-make (and -busting) history of anthropology and American power to a close. It’s a defining moment in the history of anthropology, and deserves wide attention.

END_OF_DOCUMENT_TOKEN_TO_BE_REPLACED

Thomas Hylland Eriksen has a well-earned reputation for writing good, short books on large, intractable topics. His introduction to anthropology, history of the discipline, and books on globalization and ethnicity and nationalism have given the Norwegian anthropologist an international profile. We ran a preview of Eriksen’s new book on SM a while back (and have mentioned Barth more than once). So does Eriksen’s biography of Norway’s Greatest Anthropologist live up to the hype? Yes. But interestingly enough, in reading it you come to appreciate the author of the biography slightly more than you do its subject.

END_OF_DOCUMENT_TOKEN_TO_BE_REPLACED

I wrote a review for Duke University Press on the new “Writing Culture and the Life of Anthropology,” edited by Orin Starn. And then I broke it into less-than-140-character ideas and then I tweeted it.

Essentially what you’re about to read is a blog-embedded Storify of a review of a book (about a book), made up of tweets based on marginalia. 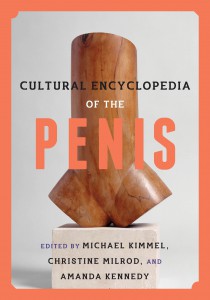 “Cultural Encyclopedia of the Penis” is a new publication (October 2014) from Rowman & Littlefield following fast on the heels of its companion “Cultural Encyclopedia of the Breast” which was released in September. I’m told that they’ve been warmly received by anthropologists, as they both sold out rather quickly at the R&L booth at the meeting of the American Anthropological Association this past December in Washington DC. As a budding scholar (ahem) of global masculinities, I thought it would have been silly to not take the opportunity to review Cultural Encyclopedia of the Penis, if not simply for the title and synopsis, definitely because of Michael Kimmel’s involvement. Kimmel, one of three editors (in addition to Christine Milrod and Amanda Kennedy), is one of the more well-known sociological scholars on men and masculinities in America. Of more than a dozen books on the subject, perhaps his best-known is “Guyland: The Perilous World Where Boys become Men,” a book that I would highly recommend for undergraduate- and graduate-level students of Gender Studies. While some of Kimmel’s work is not without some anthropological blindspots (he is not an anthropologist after all), one should be able to approach Cultural Encyclopedia (henceforth, CEP) trusting that a book written by over 90 authors would ultimately deliver on its claim to being “cultural.” It should be noted that this review is written without any knowledge of the content and style of Cultural Encyclopedia of the Breast, which was edited by Merril D. Smith. END_OF_DOCUMENT_TOKEN_TO_BE_REPLACED

I’m a big fan of the University of Chicago Press’s series on academic life (disclosure: this may be because I went there for graduate school). Their series on writing, editing, and publishing  features several of my favorite titles, and their younger series on ‘the academic life’ has also gotten off to a good start. So I was optimistic about Bruce Shore’s The Graduate Advisor Handbook: A Student-Centered Approach. Having read it (disclosure: I received a free review copy), I don’t feel like it’s the Final Statement In Human History About Advising Graduate Students. But I do strongly recommend that you read it, especially if you are new faculty or a new graduate student trying to get a grasp of what good advising looks like. END_OF_DOCUMENT_TOKEN_TO_BE_REPLACED 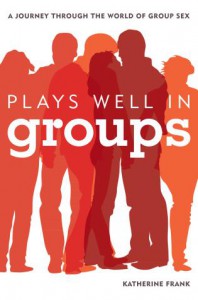 “So, how did she…do her research?” This was a common response after mentioning to colleagues that I was reading a book “on the anthropology of group sex.” The critical intonation of the query comes from professional curiosity of these anthropology students and professors, and it is rooted in a (mistaken) assumption that the book is strictly ethnographic. Rather, Plays Well in Groups: A Journey through the World of Group Sex by Katherine Frank is an excellently researched collection of narratives – histories, current events, media studies, ethnographic works, and participant interviews – analyzed through a sex-positive and unifying anthropological lens. Frank’s task is drawing parallels between different forms and practices of group sex in general, while exploring deeper social, political, economic, and historical contexts in order to contrast them. Much of the book is about who has group sex and why, as well as who fears group sex and why. An overarching theme of the book is thus one that appealed to my interests: an emphasis on sexual taboo and transgression. END_OF_DOCUMENT_TOKEN_TO_BE_REPLACED