This entry is part 4 of 20 in the Decolonizing Anthropology series.

Decolonization has always been a fraught term for me. As a third generation Puerto Rican from the burbs of NYC who has studied anthropology and the politics of/at “home” for over a decade, this is probably not surprising. In today’s world, members of US Congress propose “solutions” to Puerto Rico’s fiscal crisis in the form of financial oversight, wage cuts and increased exploitation and privatization of natural resources. Within this context, to speak of decolonization feels futuristic at best, oblivious at worst. And yet, the practices I associate with the decolonial—shifting, unlearning and reclaiming—are more important than ever.

This piece is a riff on a “social project of return”[i] that I have been scheming on as of late. It began as a dream of helping to foster alternative economies in Puerto Rico. Right now, I’m calling it the Center for Embodied Pedagogy and Action (CEPA) to signal its dual mission of building eco-social futures in Puerto Rico while fostering purposeful island/diaspora encounters at home. It is primarily a version of my teaching life—a curriculum for transformative justice that I have been developing on the margins of academia—integrated with my deepest political aspirations. CEPA will be a cooperatively run experiment in local self-reliance that bridges the divides that have (almost) broken me: diaspora-island/expert-community/study-practice. My hope is that by building a base for diaspora based Puerto Ricans and allies to live and work with others who have stayed, we can build a translocal approach to transforming island’s economic system.

I will be in good company. Many of the activists I came to know during the years I conducted fieldwork on anti-privatization struggles today are themselves working in various ways to foster a future based on self-management (autogestión). These are just a sampling of the projects that are informing my own fledgling ideas and who have inspired me to see that alternatives are possible:

After a court ruled in November 2015 that the island’s longest running civil disobedience encampment (now in its 11th year) had to leave behind a parcel of land they had reforested, a group of young artist-activists settled in. They have been hosting events that are at the intersection of art, ecology and education on the five acres. Visits, workshops and events include sessions with travelling troupes who work to rescue public space (desayuno calle, la maraña), share ecological knowledge (jíbaros sembrando vida, la recolecta, la coalición por la restauración de ecosistemas santurcinos) and offer healing workshops for free including community acupuncture (auriculoterapistas del caribe). This is horizontal education at its finest, integrated with the individual + collective body.

The idea for the social dining project began as a donation based lunch service at two campuses of the University of Puerto Rico (Cayey + Rio Piedras). Reports of students going hungry at the university have recently been made public and this is one example of a group of caring and committed activists who have sought to feed those in need. Satisfying literal hunger is just one aspect of this project. Their social center, CDPEC, has also been feeding a mental hunger for solutions to the crisis in the form of food sovereignty initiatives, research and dialogues designed to help people weather the current economic crisis. Their social center builds a sense of community and well being through the food alongside committed, popular education. They are looking to expand to include a health clinic and a public library in their space in the coming years. 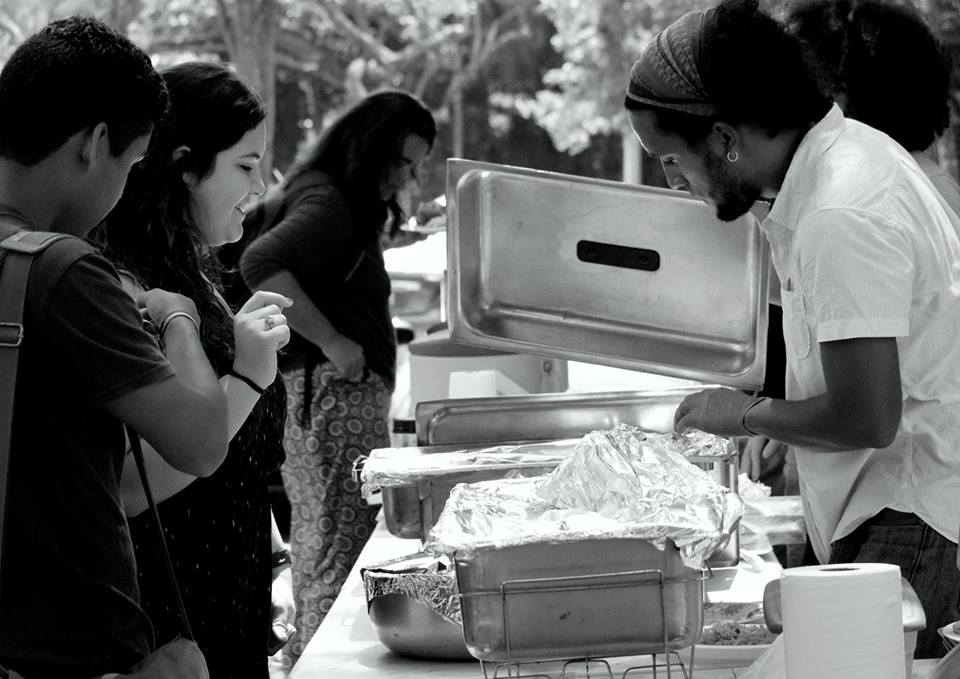 The couple of spectacular change agents working in Vieques at the Consciousness Farm, Ana Elisa and Jorge Cora, have transformed Cora’s small farming project space into an open farm-school concept, sponsoring work brigades, movie forums and workshops of various sorts, including a course to train anyone to become an agroecology promoter. Their farm glows with a magical effervescence that combines the energy and history of land rescue, providing the hands-on, experimental education also at the heart of the student strikes and especially, strike garden, where I met Ana Elisa. Many have already written about Puerto Rico’s dire food security situation (where over 85% of food is imported) and Consciousness Farm’s work in Vieques—where access to food and health services is even more limited than on the big island—is extremely necessary. 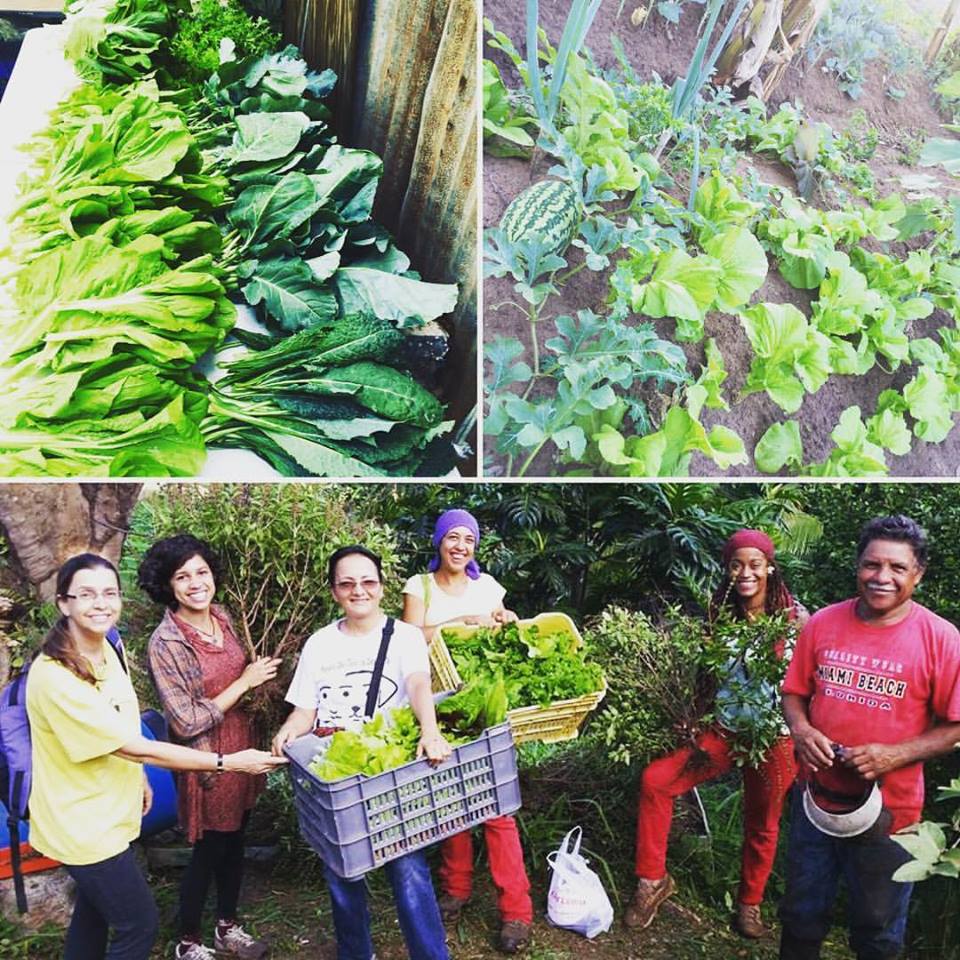 There are many, many others. Taken together, these small projects have become an archipelago of decolonial possibility in my mind. By committing to living ecologically light ways (adaptions to climate change), while working collectively to produce cooperative economies, I believe it is possible to live a life of true plenitude and to decolonize Puerto Rico. I view a big role for the diaspora in this shift—ya que somos mas que miti miti –5 million and counting—even for those who can never return for good.

In the long-term vision, my granito de arena–CEPA–will be running our entire operations 75-90% off-the grid, generating enough electricity through renewable energy to service the entire group. We will have a center/hub that is communal where practice and study will happen. The members who are full time could have little to no costs for living, freeing them up to use work time to explore projects that really nourish them. And even though growth proposition is limited for us as a group of people, we have a commitment to work with our neighbors to transform the economy in areas that are identified through participatory action research projects done in collaboration with our neighbors.

You can follow the birth, growth + life of CEPA @ www.decolonizePR.com. I hope it inspires you, dear reader, to experiment with reshaping the tools at your disposal to decolonize literal, discursive and imaginative terrains of our world. Towards useful knowledge, embodied resistance and practice, these to me are the basic symbols of decolonizing anthropology.

Melissa Rosario is currently a Visiting Assistant Professor @ Wesleyan University where she teaches courses on the socio-ecological history of the Americas, horizontal organizing, embodied resistance and decolonizing politics. As a researcher of/ in Puerto Rico, she has examined how new political subjectivities are shaped by three major extrainstitutional tactics—occupation, performance and practice. She is returning to Puerto Rico where she will work as an independent scholar and establish a living-learning community designed to transgress deep legacies of colonialism, imperialism and capitalism on island. She can be reached at mlrosario@wesleyan.edu.

I first came upon the term DiaspoRican in the poem “Ode to the DiaspoRican” written by Mariposa (María Teresa Fernández) in 2007, but have seen a surge in its usage from 2014 on.

[i] Thanks to late Latinx studies scholar, Juan Flores, for this term that signals those who return with a vision for transforming the landscape of home. My use is a humble one that implies joining, rather than leading an ongoing movement to foster alternatives in PR.

One thought on “Healing “the Break”: A DiaspoRican Project of Return”