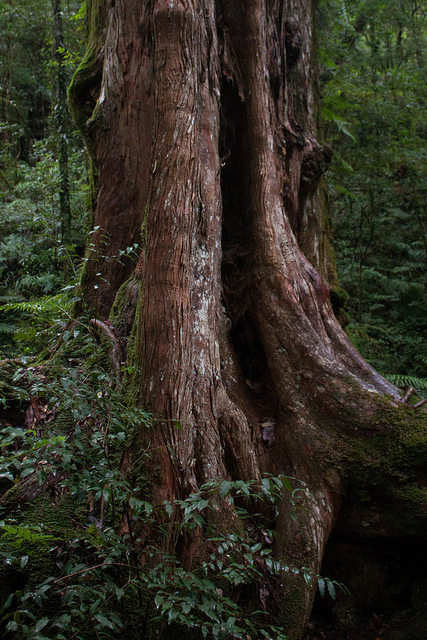 I wanted to share some thoughts about a particularly interesting workshop I attended over the weekend. Entitled “Rethinking environment, localisation and indigenisation,” the star guest of the workshop was Anna Tsing, whose work has inspired numerous blog posts here on Savage Minds. Anna Tsing was discussant for all the papers, and presented a talk about her current research as well. David Reid has a nice writeup of the workshop, to which I just wanted to add a couple of observations.

Anna Tsing is an incredibly generous scholar. Her comments on each paper managed to highlight the strengths of those papers while simultaneously suggesting ways in which their arguments could be extended. I say “extended” because her comments were largely internal to the logic of each paper, as opposed to imposing her own framework upon them. I only regretted that I did not have time to update my own paper (hastily scrapped together from a conference I attended two years ago in order to meet the workshop deadline during end-of-the-semester madness) in order to reflect my own recent engagement with her work, and the fieldwork I have done since I wrote that paper. Doing so would certainly have made the weekend all the more valuable.

Anna Tsing’s current research (or at least what she focused on in her talk) is about mushrooms, focusing on the ways in which mushroom cultivation reuses damaged (“blasted”) landscapes. Drawing on the work of Deborah Bird Rose, she emphasized the way in which these practices allow for a kind of “recuperation” for all the species inhabiting the landscape. She also talked about “multi-species anthropology” as an alternative to Actor-Network Theory. She argued that whereas ANT is useful for inanimate technologies which are animated by their interaction with humans, it is less useful for species which are already alive. Obviously, not all living organisms are relevant to every study, so once again the question of scale is important, and must be determined ethnographically. (See Juno’s Savage Minds review of When Species Meet.) In addition to SW China and Japan, one of her field sites for this work is in Oregon. A while back the New Yorker actually had a great article about mushroom hunters in Oregon which is well worth reading. Unfortunately, the full article is only available to subscribers. 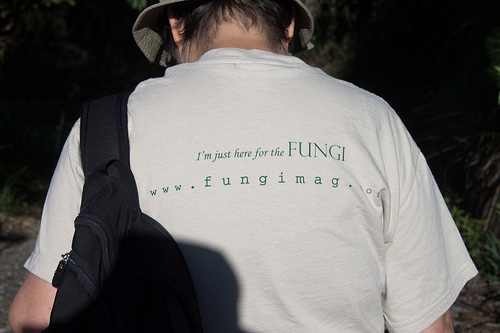 The workshop was also notable for it’s location. Located in the middle of Taiwan’s Central Mountain Range, the village of Smangus 司馬庫斯 is about 1500 meters above sea level. Since I live around sea level, I really felt the altitude when we went for a hike on the second day. (You can see the rest of my photos from the hike here.) During that hike I was astounded by the depth of Anna Tsing’s ecological knowledge as she engaged a visiting ethnobotanist and a member of the local community in a barrage of penetrating questions about landscape use which they often struggled to answer. Besides its location, Smangus is unique for three reasons: The first are the ancient cyprus trees which are the main attraction for the ecotourism which is the mainstay of their economy (see the picture above). The second is the fact that the community, inspired by a trip to an Israeli kibbutz, is run as a cooperative. And third, because of a high profile court case which pitted local community members against the national Forest Bureau in a battle over who controls the natural resources. Lin Yih-ren’s 林益仁 talk at the workshop gave some important background to this battle, focusing on the planned creation of a new national park, and a group of five authors presented an interesting parallel case from ‘Tolan 都蘭, a coastal Amis community which experienced a similar struggle.

UPDATE: Added some text missing from the end of the post.

0 thoughts on “Anna Tsing in Smangus”