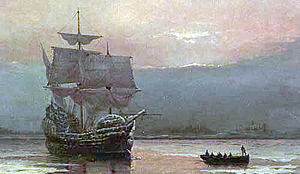 Legislation that will end ethnic studies programs in Arizona high schools looks set to be signed into law by the state’s governor. Promoted by the State Superintendent of Public Instruction, Tom Horne, the law will deprive public schools that do not eliminate ethnic studies courses of 10% of their state funding.

The target of the bill appears to be Tucson Unified School District, whose Raza Studies program serves some 1,200 Latino students. Interestingly, students involved in this program show a marked improvement over the state average on the state’s standardized testing (which goes well with other evidence that students involved in bilingual education, as well as students given access to electives like art, photography, and creative writing perform better on standardized tests – they tend to be more focused on and more engaged with school overall than students who are deprived of these “optional” courses).

Exempted from the law are Native American-focused courses that are protected by federal law, and English Language Learner courses.

Attacks on courses that teach parts of American history that deviate from the traditional, conservative narrative of America’s greatness are not new, of course. When then-chair of the National Endowment for the Humanities Lynne Cheney commissioned a panel to develop national history standards in the early 1990’s, she was shocked by the results. In a piece published in the Wall Street Journal entitled “The End of History”, she railed against “an academic establishment that revels in the kind of politicized history that characterizes much of the National Standards” – history that includes Native Americans and the Underground Railroad as part of the American story, as well as the embarrassments of McCarthyism (this was a time when conservatives were still embarrassed about McCarthy) and the Ku Klux Klan. (So infuriated was Cheney by the standards that in 2004 she had a pamphlet for parents called “Helping Your Child Learn History” pulped and re-printed because it included references to the standard!)

At risk for conservatives like Cheney is not history, per se. After all, the Massacre at Sand Creek happened, the Constitution really did set black people’s worth at 3/5 that of white people’s, and police and militia really did attack the children of striking workers in Lawrence, MA, as they approached the train station en route to lodging away from the hunger and violence of the strike. In a place like Tucson, which was after all part of Mexico until the Gadsden Purchase in 1854, the history of “la Raza” is particularly relevant.

What is at risk is the notion that American history should not be just (or even in many cases) the facts of our past but should be a story that edifies national citizenship. In her response to the National History Standards, published as American Memory, Cheney wrote that:

Knowledge of the ideas that have molded us and the ideals that have mattered to us functions as a kind of civic glue. Our history and literature give us symbols to share; they help us all, no matter how diverse our backgrounds, feel part of a common undertaking (Quoted in Symcox, Linda, [2002] Whose History?  P. 85).

In other words, there is a narrative of history that Americans should share, and this narrative is one that celebrates the triumphs and high values of our nation while downplaying the embarrassments and shortcomings.

In Arizona, and in the Southwest in general, this narrative takes on special importance as an assimilative tool, because for the most part, it is not the history of the people who live there. Latino children in traditional US history classes get the dubious pleasure of sitting through months of a history that, unless by some miracle the teacher manages to get up to the 1960s  and the agricultural worker strikes led by Cesar Chavez, is unlikely to contain a Latino name except as enemies. This narrative that largely excludes the Latino experience form American history defines our history largely as the history of white folks, predominantly male. (It is probably not coincidental that more-assimilated Hispanics in the US tend to identify themselves as “white” on the Census, while less-assimilated Hispanics tend to identify racially as “other”.)

Ethnic Studies (along with Women’s Studies, another pet peeve of Arizona’s education superintendent) challenges this narrative, which is why it is a favorite target of conservatives. We saw, for example, how the Ward Churchill affair quickly and easily spilled over into a condemnation of the entire field of Ethnic Studies. (Consider Don Feder’s contribution at Horowitz’s Frontpagemag.com, in which he places the term “ethnic studies” in shudder-quotes in the first line, to suggest that it’s not a “real” academic discipline.) In the wake of 9/11, the American Council of Trustees and Alumni rushed into print a pamphlet called “Defending Civilization: How Our Universities Are Failing America and What Can Be Done About It” [links to PDF file] which complained that after 9/11,

…instead of ensuring that students understand the unique contributions of America and Western civilization—the civilization under attack—universities are rushing to add courses on Islamic and Asian cultures (Martin, Jerry and Anne D. Neal [2002] P. 6).

(I quote from the 2002 version; an earlier version published in 2001 included the names of the academics and students in the Appendix who had dared to utter statements in the wake of the attacks that ACTA deemed “anti-American”; it was taken down from ACTA’s website and replaced with a version that identified speakers only by social role.)

Of course, with it’s anglo-centrism and privileging of the doings of white elites, American history as preferred by Cheney and her ACTA cohorts, and by Feder and Horowitz, and so many others is as much an “ethnic study” as Tucson’s La Raza program. It will be interesting to see what happens when some smart activist gets it into his or her head to challenge the inclusion of traditional US history in the Arizona high school curriculum. The law in question prohibits the teaching of classes that “advocate ethnic solidarity instead of the treatment of pupils as individuals“ – by the same standards that would forbid the teaching of Latino history and culture, the teaching of Anglo history and culture is also prohibited by this law.

(The issue of treatment “as individuals” is a complex and troubling one, but one which I don’t understand well enough to comment on – I think the argument is that treating students as “Latinos” somehow deprives them of their individuality. Again, by that standard, treating them as “Americans” would also be prohibited, but I feel like there’s something deeper and more disturbing at work in this language.)

Meanwhile, though, students in Arizona will be deprived of history in exchange for a fairy-tale version of history that pretends to be their story. If successful, I would expect to see similar laws passing in any state that offers programs like Tucson’s La Raza program – and state legislators being who they are, attempts to impose similar restrictions on public universities and colleges as well.

5 thoughts on “Ethnic Studies Under Attack in Arizona High Schools”