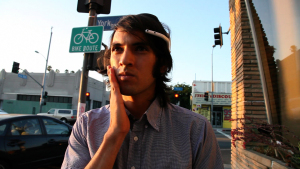 The word “design” is problematic as it’s often related to furniture and glossy magazines at the local newsstand. And because this term is used in different fields, from engineering to management, you have different professions in which practitioners see themselves as “designers:” architects, engineers, people developing user interfaces for websites or video games, etc. A good way to approach design is to understand what “designers” do: they define the shape and the behavior of artifacts based on their understanding of potential users and the context in which they live or work. Said differently, they materialize “prospective futures.”

In order to speculate about near future possibilities, designers usually need to make their work relevant, useful, or believable by people. This is where the social sciences fit in. Knowledge and methods coming from anthropology–such as ethnography–are used and often repurposed by designers to help make different decisions over the course of a project. Observing people’s routines in a kitchen can inform the design of electric appliances, for instance. Interviewing users with a non-standard way of using their bike can also be curious and lead to new bicycle designs.

As a researcher, I’m intrigued by the ways design can also be informative to ethnography and anthropology: can design work help generate new concepts and theories? Can design skills be relevant to ethnographical analysis? The way designers work (often based on a series of intermediary objects such as diagrams, mock-ups, and prototypes) and how they see the world around them seem very helpful in reconsidering anthropological matter. In my work, I try to use such design skills to surface new insights. In the “Curious Rituals”  project for instance, we used design prototypes of potential near future devices and then filmed people using them. Of course, it’s speculative and we cannot guarantee that people are going to be using devices in this way in the future, but this ethnographic approach is a way for us to represent what we discovered in our field research. 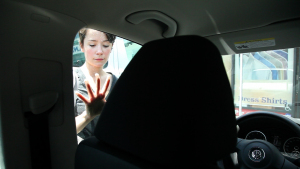 First and foremost, it’s curiosity. Curiosity can be a driving force behind this kind of interdisciplinary collaboration. A second reason that I find important is the necessity to find new “research formats” beyond standard monographs and papers. Text is good, of course, but I think design can broaden the possibilities by looking at alternative representations, such as films or diagrams. What I’ve learned over time from working with designers is that they force me to think up an original output for my research. Not original for the sake of it, but with the intention to find a proper type of output based on the nature of the research that has been done. For instance, for the project on gestures that I mentioned above, we did a booklet with drawings of gestures and short texts describing their social and cultural implications. The next design move was to use this material to speculate on the near future of such gestures, which led to a short movie that describes the postures and habits one might adopt with technologies such as brain-computer interfaces, head-mounted displays, or gestural interfaces. [see pictures sent with my email] This was a way to embed our ethnographical findings into something new and different. Perhaps it’s not exactly scientific, but it leads to interesting discussions in conferences and exhibits about the motivations behind these gestures. 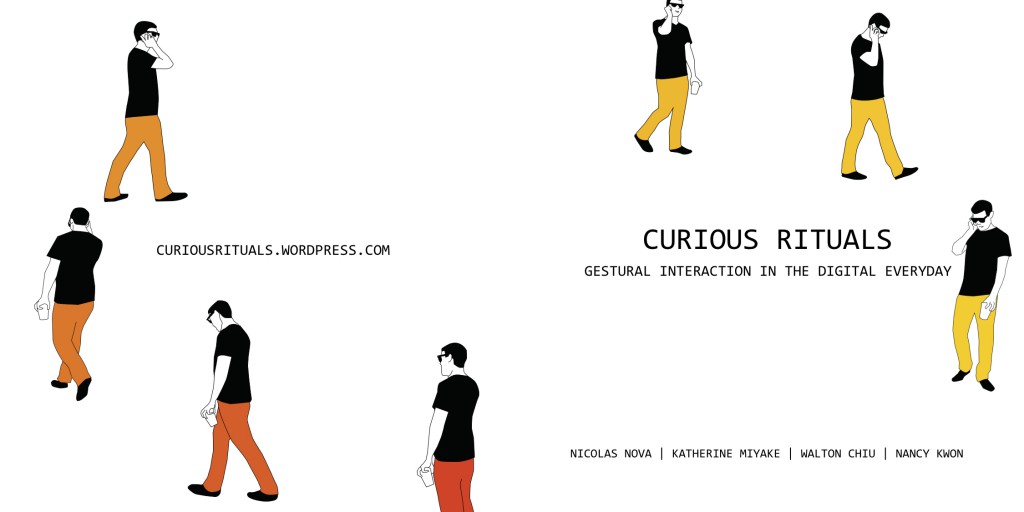 My focus is less on anthropology than on ethnography and more specifically, field research. My interest is geared towards understanding how field research can help designers support, frame or inspire design work. There are two directions that I find interesting here:

Both kinds of explorations are important for design projects as they enable an empirical basis to speculate on the near future—in these cases, game controllers or gestures made with digital artifacts. 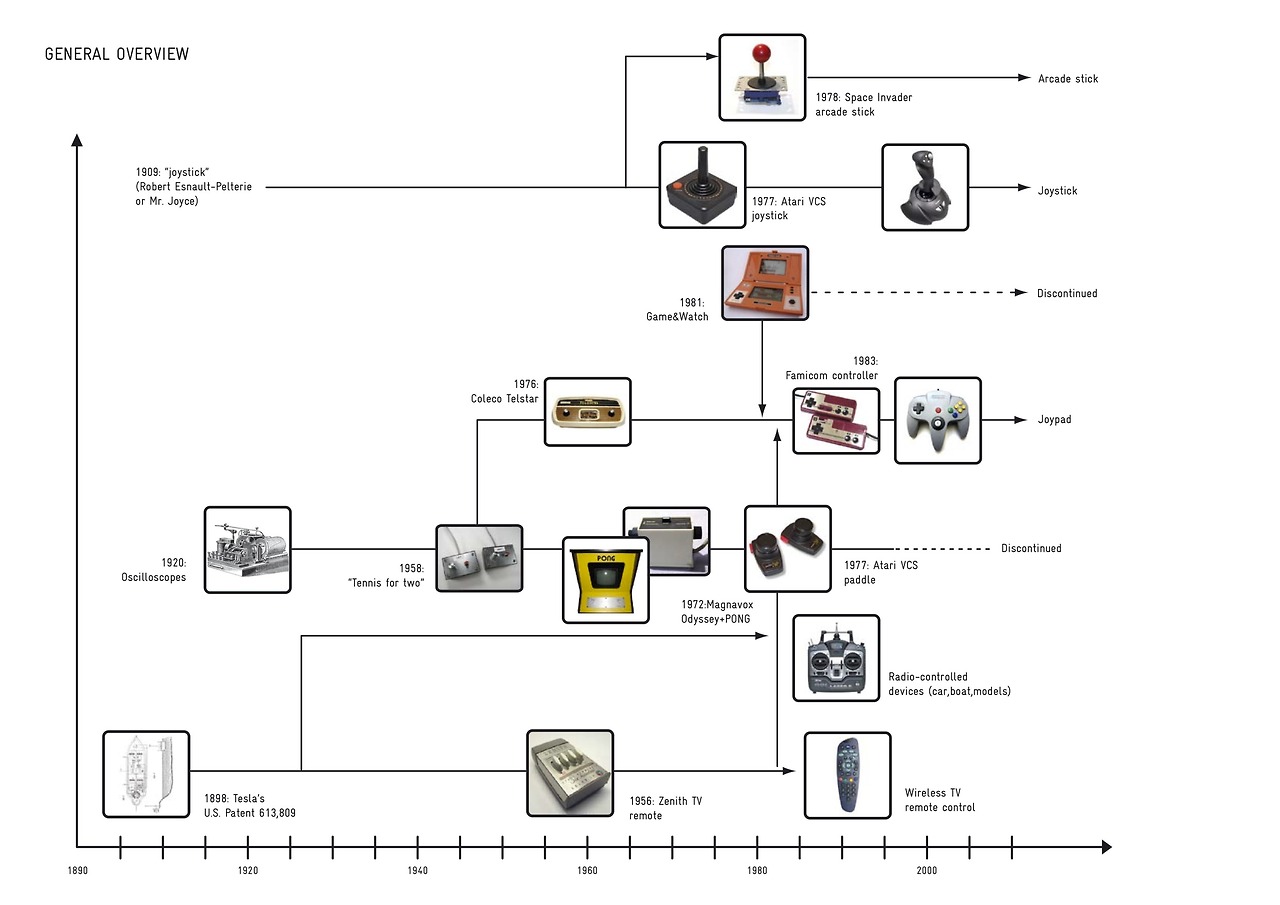 Because of the large diversity of formats I employ with my colleagues, there are different ways to share the results:

I don’t think there’s one singular methodology. I always try to different approaches to show students how various sorts of sampling and interviewing techniques can be informative. That said, there’s a similar structure that I use in my classes: how to conduct field research (interview, observations using photography and films), how to analyze this material (with different theoretical assumptions), and how to use this information in a design context. I’m currently writing a book about this with my colleagues at the design school in Geneva. The most difficult bit in this design/field research articulation is that it’s tremendously difficult to teach with room for improvement. From a pedagogical angle, I tend to be pretty minimal in terms of lectures and do a lot of exercises and activities (field trips, days spent analyzing pictures) to show how this kind of work can be done. 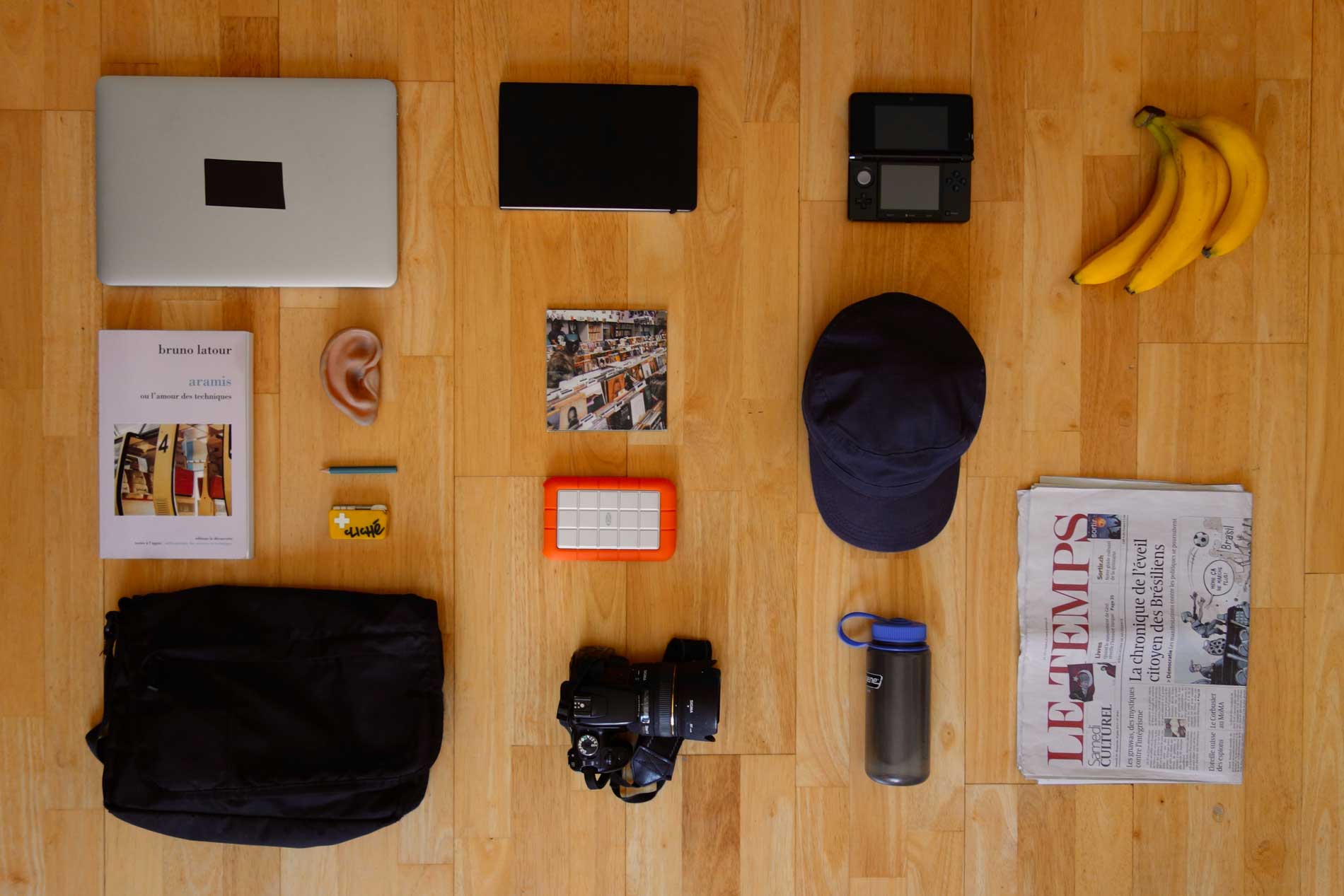 Nicolas Nova is a design researcher, ethnographer and co-founder of the Near Future Laboratory. His work is about identifying weak signals as well as exploring people’s needs, motivations and contexts to map new design opportunities and chart potential futures. Nicolas has given talks and exhibited his work on the intersections of design, technology and the near-future possibilities for new social-technical interaction rituals in venues such SXSW, AAAS, O’Reilly Emerging Technology Conference and the design week in Milano, the Institute for the Future, the the MIT Medialab. He holds a PhD in Human-Computer Interaction from the Swiss Institute of Technology in Lausanne and has been a visiting researcher at the Art Center School of Design (Pasadena). He is also Professor at the Geneva University of Arts and Design (HEAD–Genève) and curator for Lift Conference, a series of international events about digital culture and innovation.