Having spent the last four days watching films at the Taiwan International Ethnographic Film Festival (TIEFF), for which I was a member of the organizing committee, I thought I’d share some of my favorites. Not so much my favorite films, for there were many excellent documentaries in the festival which I won’t be mentioning; rather, I wanted to highlight those films which I think are particularly well suited for the anthropology classroom. The following four films are all under one hour in length, and struck me as useful accompaniments for courses on their respective topics. I do this because, as a documentary filmmaker I know how important institutional purchases are – not just for making a living, but often just to break even on the costs of making a film. So please consider ordering these films for your school library! 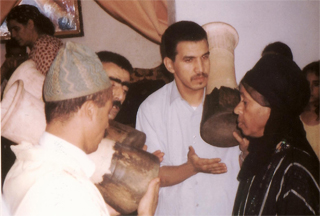 Filmmaker Dirk Dumont teamed up with anthropologist Philip Hermans to explore how two Moroccan women living in Europe attempt to rid themselves of problems caused by jinn. The jinn, the “invisibles” of the film’s title, live alongside people and live their own parallel lives. However, some jinn can cause problems, attacking people and causing illness, mental distress, and numerous other kinds of suffering. In the film we follow the women as they seek assistance from traditional healers in both Europe and Morocco. Dealing as it does with the overlapping themes of immigration, religion, and medicine, this film is well suited for classes on any of those topics. 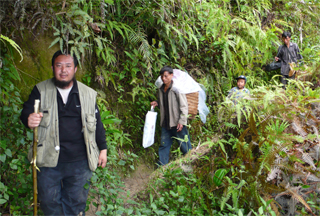 Ouyang Bin’s documentary is so named because it documents the sixth effort by the Chinese government to resettle the Kucong out of the mountains where they live (near the border between China’s Yunnan province and Vietnam). Unlike the previous five attempts, the subjects of this film seem eager to move into a new government settlement, but the one cash crop they have access to, cardamom, has fallen in price, making it difficult for them to raise the necessary funds to secure a house. The film makes extensive use of an ethnographic film made in the fifties about the same community. The film’s focus on the difficulty of transitioning to a money economy make this an excellent choice for classes on economic anthropology.

The official blurb for the film says: “During the director’s childhood and youth in Oslo her mother never told her about her indigenous Sami background in the Arctic area of Norway. Why didn’t she? And how can the director suddenly become Sami in the middle of life? And does she really want to?” But Ellen-Astri Lundby’s delightful film is much more than a personal documentary. What makes this film stand out from the perspective of someone teaching a course on ethnicity and identity politics is the way the director ties her own personal narrative to the larger shifts which have taken place in Norway through dialog with politicians, anthropologists, family members, etc. 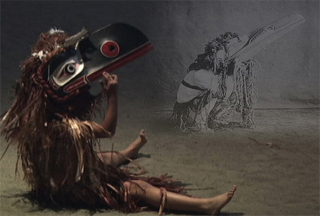 Aaron Glass made this film as a graduate student at NYU, while working on his anthropology dissertation. As Alexander King says in his review of the film, “Glass introduces two leading questions that guide most of the narrative: 1) ‘How did this once secret and restricted dance become their most visible image?’ and 2) “’Why, then, did a dance prohibited by the government come to be claimed by the nation a century later?'” Both excellent questions for discussion in an undergraduate class on material culture, performance studies, etc.