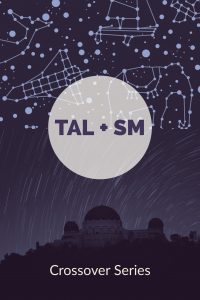 This Anthro Life has teamed up with Savage Minds to bring you a special 5-part podcast and blog crossover series. While thinking together as two anthropological productions that exist for multiple kinds of audiences and publics, we became inspired to have a series of conversations about why anthropology matters today. For this series we’re sitting down with some of the folks behind Savage Minds, SAPIENS, the American Anthropological Association and the Society for American Archaeology to bring you conversations on anthropological thinking and its relevance through an innovative blend of audio and text. That means each week for the month of June we’ll bring you two dialogues – one podcast and one blog post – with innovative anthropological thinkers and doers.

You can check out the the second episode of the collaboration titled: Anthropology has Always been Out There, here.

In the second conversation of the TAL + SM crossover series, Ryan and Adam were joined by AAA Executive Director Ed Liebow and Program Manager for Educational Outreach Leslie Walker. They explored the work of the AAA, the changing natures of work and research today, and critically assessed anthropology in terms of scope and impact.

Be sure to check out the first episode of the TAL + SM collaboration: Writing “in my Culture.”

The American Anthropological Association (AAA) is an association for professional anthropologists that has been active since 1902. Today, the AAA is the largest anthropology organization in the world, encompasses more than 10,000 members, publishes 23 journals, hosts an annual meeting, and advances broad public education initiatives, some of which have notably focused on race and migration. Recently the AAA began an aggregate podcast network, of which This Anthro Life is a founding collaborator.

Ed Liebow was named Executive Director for the American Anthropological Association in 2013 after a long career with the Battelle Memorial Institute, the world’s largest not-for-profit research and development organization. Ed first joined Battelle in 1986, the year he received his PhD in cultural anthropology from Arizona State University. He has conducted research and public policy analysis on a variety of energy, public health, and social policy issues concerning disadvantaged communities. While at Battelle, he rose from the rank of research scientist to project leader to director of research operations in the Seattle office. He maintains a position as affiliate associate professor of anthropology and interdisciplinary studies at the University of Washington. He has been a visiting professor of Applied Anthropology and Comparative Economics at Università Carlo Cattaneo Castellanza, VA, Italy, a Senior Fellow of the Fulbright Commission, and have served on the faculty of the CDC-sponsored Summer Evaluation Institute. He has also served on the executive boards of the AAA, the Society for Applied Anthropology, the Ethnographic Praxis in Industry Conference, and the Jack Straw Media Arts Foundation.

Leslie Walker is responsible for managing AAA’s Public Education Initiative (PEI) that includes projects and programming for two important topics, race and migration. Leslie is a cultural anthropologist who previously worked for the National Park Service and taught at Prince George’s Community College. He has conducted research on cultural heritage and environmental justice of Afro-diasporic and Native American communities in the DC Metropolitan area, South Florida, Puerto Rico, and the Anglophone Caribbean. In addition to his work at the AAA, Leslie is an adjunct lecturer at Coppin State University teaching courses on cultural resource management and urban ethnography. Leslie holds degrees in anthropology from St. Mary’s College of Maryland and the University of South Florida. He also holds a specialization certificate in project management from the University of California Irvine, School of Continuing Education

Anthropology has Always been Out There

When asked where public engagement fits in with anthropology as a discipline, Ed pointed out that it is important not to view public and anthropology in binary opposition. The AAA’s tagline, “Advancing knowledge, solving human problems”, highlights the vision that anthropology serves to both mint new and refine existing knowledge while also translating knowledge to actionable insight. Recently AAA members were polled to ascertain whether they felt that their research was directly relevant to public issues. An overwhelming number of those polled said yes. Yet, a key takeaway is that while many anthropologists consider their work to be directly related to public issues, extra work is required to make important findings of research translatable to different audiences. In this regard,  Leslie sees anthropology as a discipline focused on identifying and analyzing patterns in human interaction and organization, past and present. Anthropological insights can be used to increase awareness to those within the discipline, the larger scholarly community, and the public. Anthropological methods and theories are used to highlight how some communities are implicated in social discrimination and injustice. However, he contends, there is a privilege in studying anthropology because students are often first introduced to the discipline at college or university.

How to Impact Public Conversation

The AAA recognizes the profound impact that anthropological research offers in naming problems and issues within society. This recognition of anthropology’s impact on public conversation prompted both members and staff of the AAA to begin developing the Public Education Initiative (PEI) in 2002.

The PEI highlights anthropology’s distinctive and encompassing perspective on human variation, human migration, and displacement, as viewed through the lenses of science, history and lived experience. The PEI has been shaping public conversations with hundreds of thousands of museum-goers and visitors to AAA websites. Leslie ensures that PEI offers guides for classroom teachers, community groups, and curriculum materials on race and migration that they can use to complement their lesson plans and workshop guides.

In 2007, the Association presented its first education project Understanding Race: Are We so Different? The project has had enormous success and since then the AAA has launched another project: World on the Move 100 Years of Migration. Additionally Leslie helps coordinate the Smithsonian Folklife Festival, which celebrates living cultural heritage. When reflecting on how these projects draw on and change  how we see anthropology, Leslie said “Anthropology has always addressed contemporary issues within society; but making it noticeable that when there’s issues of race or migration, showing that here are these things that have been constructed through culture and here are the offenses and the abuses of it, but here are the ways that we can undo it, and here we are as anthropologists: solving these issues, or addressing them, or raising recommendations. Highlighting that this is what we do as anthropologists”.

Tracking the Trends in Anthropology

Leslie’s discussion of public education propelled us on a quite productive tangent as we began to reflect on anthropology as practiced outside its traditional educational domain. This raised a host of questions about the where, how, to and by whom anthropology is often practiced, and how the PEI may point to other trends that anthropology faces today. Ed identified three main trends he sees in the discipline:

1. Changing Workforce. One of the major changes of 21st century labor is the rise of the project-based, or “gig” economy. Unlike traditional academic professor-university-student relationships, project-based work is more often characterized by a client-patron relationships with different metrics of accountability and funding. The continuing rise of the gig economy provides a diminished latitude for pure intellectual research because it tends to be based on concrete outcomes for clients. Further, much research, design, and impact-based work are undertaken in multidisciplinary teams, both limiting insider anthropological theorizing and providing an important outlet for anthropological thinking, critique, and ethnographic insight.

2. Changing Nature of Research. More anthropologists are moving away from projects designed to, as Ed says, “scratch their own intellectual itch”, but tailor their initiatives to client based interests. For example, this can be seen in the length of some ethnographic research projects. Whereas graduate students are required to conduct long-term fieldwork, generally for a year or more, client-based observational research could range anywhere from one day to a few months. While long-term ethnographic research is an incredibly formative personal and scholarly undertaking, many anthropologists increasingly characterize it as more of a ‘rite of passage’ than the essential point in which one becomes an anthropologist. These concerns raise the question, what forms of fieldwork are valued as anthropological and by whom? It is worth addressing that fieldwork for anthropologists has largely been valued for its duration rather than frequency. Does conducting a year of fieldwork once (American graduate model) rather than an ongoing series of shorter term observational research stints for a few days, weeks or months (practitioner model) make one more of an anthropologist? On par with the changing nature of the workforce, the nature of research itself is changing to be more impact, assessment, or measures-based. Critically, Ed points out that rather than think of client-based research as diluted anthropology, or ethnographically thin, we need to understand that different career paths have different reward structures.

3. Community Collaboration and Communities of Practice. The model of a ‘lone anthropologist’ is showing signs of aging; not to mention anthropologists have never worked alone. For the last few decades, communities have continued to take more active roles with anthropologists, contributing to shared and collaborative work. Indeed, more and more communities insist on actively participating in research and ensuring accountability for anthropological research. As a new hybrid field, for example, Design Anthropology is premised explicitly on research conducted by multidisciplinary teams and the collaborative formation of issues to be solved. Likewise, many archaeologists working in the Americas collaborate with local indigenous communities who have vested interests in heritage and could be directly impacted by the investigative findings – further pushing research away from simply scratching an intellectual itch or the myth that anthropologists somehow work alone.

These trends are particularly important to think through because, as Leslie pointed out above, anthropology occupies a somewhat privileged niche as most become aware of the discipline for the first time in a university setting, if they encounter it at all.

Ryan helped counter this idea by thinking about the idea of audience: “anthropology’s audience is really everybody. It is our objective to bring our narratives and those of the people we work with together, and to showcase why such dialogue is so important. Anyone can do anthropology and diverse voices add needed value to the conversation”.

Taking into account audience and privilege, Leslie and Ed leave us with two crucial and actionable points: Leslie states anthropologists need to be “reaching outside of the discipline, in sort of the public space, but also out of the molds of who an anthropologist is and what they look like. We need to encourage queer anthropologists, anthropologists of color, indigenous anthropologists, and anthropologists with different abilities.” Second, Ed illustrated that the near-sightedness on the part of mainstream anthropology today is that it doesn’t listen to other channels – where anthropology has always also been and continues to make substantial impacts. Anthropologists working in the grant writing world, National Forest Service and governmental sector, and in cultural resource management all have huge impact and are part of the anthropological conversation. Their voices have value, and like so many others, are needed in the conversation.

Check out episode two of the TAL + SM Crossover here. Stay tuned for next week’s episode where we sit down with SAPIENS and dive into the world of popular science writing and bringing the conversation to ever wider circles. See you next week, same TAL time, same TAL channel.