In our previous posts, we made the argument that the American Anthropological Association (AAA) ought to endorse the united Palestinian call to boycott, divest from, and sanction Israel for its ongoing occupation of Palestinian territories and systematic legal discrimination. Over the past few weeks, we have unfortunately received more horrifying reminders of why this sort of external pressure needs to be brought to bear and urgently. The situation requires the sort of exigent and effective external pressure that BDS can provide, and so the AAA ought to do what it can. Full stop.

That said, as a great many anthropological writings remind us, we should still look to our past as an organization – both our successes and our failures – to guide our response to the present situation. In the last of our regular posts, then, we will argue that endorsing the united Palestinian call for BDS represents a continuation of the best principles and traditions of the AAA.

Boycott Criteria and the AAA’s Precedent: A strong case for BDS

As a rule, boycotts are not undertaken lightly. For this kind of tactic to be effective, a number of factors must align, including: massive violations of human rights; the exhaustion of other policy measures and/or the failure of international bodies to take action in defense of human rights; a united call from those whose human rights are being violated to help out in this way; a target that is vulnerable to sanctions and boycotts; and clearly articulated goals.

Given these weighty prerequisites for launching a boycott, it is remarkable just how much precedent exists in the history of the AAA. Our record as an organization is by no means spotless, but overall we should be proud of the way that the AAA has addressed human rights issues around the globe. In this context, not taking action to condemn Israeli policy would be out of keeping with our history and mission as an organization.

AAA and Human Rights: a rich legacy of professional ethics and organizational boycotts

The AAA has been a consistent voice in support of basic human rights. The professional ethics that guide us in these matters were most clearly laid out in the AAA’s 1999 Statement on Human Rights:

Anthropology as a profession is committed to the promotion and protection of the right of people and peoples everywhere to the full realization of their humanity, which is to say their capacity for culture. When any culture or society denies or permits the denial of such opportunity to any of its own members or others, the American Anthropological Association has an ethical responsibility to protest and oppose such deprivation.

With these words in mind, our members have been willing to speak out on a range of critical human rights issues, whether or not they were on the front pages of newspapers. For instance the AAA has:

The AAA has likewise been especially critical of the misuse of anthropological knowledge (of the sorts we documented in our last post). In 2007, the Executive Board released a statement criticizing the U.S. Army’s Human Terrain System. Amongst other concerns, the board took the program to task for instrumentalizing anthropological knowledge in the service of a military operation. More recently the AAA rebuked television shows such as American Digger and Nazi War Diggers for appropriating archeology in ways that violate our professional ethics.

Nor has the AAA stopped at words alone. When directly affected groups have called upon us, the AAA has not shied away from taking the necessary actions.

AAA Solidarity: Boycotts in Palestine, the U.S., and Beyond

In recent years, the AAA has signed onto a number of boycotts called for by directly affected groups. We endorsed the Hilton and Hyatt hotel workers’ call for a boycott in 2004. Likewise, after the 2010 passage of S.B. 1070 in Arizona, the AAA supported immigrants-rights groups by boycotting the state until the repeal of the law. And since 1995, the AAA will no longer sign contracts with any state or municipality whose laws discriminate against those in the LGBTQ community. We see this as a positive development, in line with anthropology’s traditions of solidarity.

Time and again, we have stuck to our values, even when doing so posed organizational challenges. In response to union requests to boycott the Hilton, the AAA broke its contract with the hotel chain to hold its annual meeting at their San Francisco locations in 2004 and 2006, despite the financial strain entailed in this move.

Nor have these actions been limited to the United States. In 2006, the executive board of the AAA voted to endorse the international boycott of Coca-Cola for not being “sufficiently proactive in protecting workers and their families from intimidation and violence.” And nearly thirty-years earlier, in 1975, the AAA voted to cease collaborating in the Fulbright-Chile program, “based on a current assessment of the state of academic freedom in Chile, which most scholars agree is nonexistent.”

Boycotting Israel’s discriminatory policies, its ongoing violent occupation, and its failure to uphold academic freedom would fit in well with the other policies of the AAA. 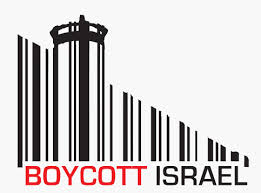 Will We Repeat the Mistakes of Our Past?

While the AAA has a laudable record of honoring worthwhile calls for local and international boycotts, we have also had our share of missteps.

The last time a movement like BDS-Palestine rose to international prominence was during the height of South Africa’s apartheid regime. While the organization did manage to pass a weak resolution at its 1982 meeting to “condemn the continued existence of apartheid in South Africa and South Africa’s continued support of apartheid in Namibia,” we failed to issue a sufficiently-strong response overall. Significantly, efforts to pass an organizational boycott against the apartheid-regime were defeated in annual meetings in the 1980s. Bowing to political pressure of the time, the AAA chose to violate its best traditions and missed this historic opportunity to help bring about an end to South African apartheid.

We believe that was a mistake of immense proportions and one that we ought not repeat. Currently, the AAA’s situation parallels that of the 1980s. In 2003, the AAA passed a resolution “in defense of the Palestinian people’s human rights as guaranteed under international law, and support their right to self-determination” (*see update below) Like our 1982 resolution against apartheid, it has proven to be of little value. Without undertaking concrete actions, the resolution failed to garner even minimal media attention. In the meantime, Israeli violations of Palestinian human rights have only worsened.

The question we face moving forward is whether we will once again leave it at vague and ineffectual condemnations or whether this time our better angels will win out as we take action to defend the values that our organization stands for.

This post is the fourth and final installment in our series advocating the reasons the AAA ought to endorse the Palestinian civil society’s call for an academic boycott of Israeli institutions. We will have one addition post, where we will try to answer as many of your questions as possible within the short allotted space. If you have a question you’d like answered or a concern you’d like addressed please leave a comment below or email us at: isaiahsilver194@gmail.com. Reminder: be respectful please.

UPDATE 9/6/14: We have been contacted by one of the authors of the 2003 resolution “in defense of the Palestinian people’s human rights” with a clarification. The resolution did pass the general meeting that year, however the meeting that year did not reach quorum. As a result, the 2003 resolutions were forwarded onto the AAA Executive Board. The Board voted to take no action, and thus the resolution did not become part of official AAA policy, as we originally stated. Nonetheless, we feel it is still an important precedent to consider.

One thought on “Embracing Our Better Angels: Endorsing BDS and the History of the AAA”