Researching bicycling, like many ethnographic projects, suggests a bodily incorporation of the ethnographer into some local practice. I mean, I could study the social and cultural life of bicycling and not also ride a bike, but that would be like a celiac studying people who sample bread. Actually, that’s kind of accurate, because there is not one kind of bicycling, just as there is not one kind of bread. The celiac could enjoy millet and rice flour loaves, while avoiding those with wheat flour. I study and practice urban transport bicycling, which includes what I think of as “urban recreational cycling,” but I don’t know much about mountain biking, long distance recreational cycling, or racing.

I don’t study those things, but I know people who do, like Sarah Rebolloso McCullough, who studies the history and practice of mountain biking. I don’t focus on gender, but I read the work of Elly Blue, a writer trained in anthropology who explores gender and many other issues in bicycling as a zine publisher. And I haven’t done fieldwork about the history of the larger urban biking movement in the U.S., but Zack Furness has. My individual project connects with a community of practice made up of these folks and many more.

In addition to providing an ethnographic subject that connects me to existing theoretical conversations in anthropology, studying bicycling has meant tracing the contours of an emerging field. For many years, transportation researchers have used quantitative methods to study bicycling and to make recommendations about infrastructure and policy. The study of bicycling as a social and cultural phenomenon is a newer endeavor whose beginning is marked most clearly by the 2007 publication of Cycling and Society, edited by Dave Horton, Paul Rosen, and Peter Cox. Many of the essays in that volume used qualitative methods and ethnographic engagement to analyze the meanings of bicycling in various contexts, paving the way for more research in this vein.

Now, if you think of studying bicycling and culture as nothing more than studying “bike culture,” i.e. bike messengers or freak bikers or dudes in spandex or whatever dominant image that calls to your mind, I would agree that there’s not much meat for a community of scholarship there. The thing is, humans incorporate bicycles into their everyday lives in very different ways; it makes a lot more sense to talk about bike cultures. In the Netherlands or Denmark, people might say that there simply is no bike culture; it is an unremarkable thing to ride a bicycle. And the funny thing is, because those countries are seen as highly desirable by many bike advocates, they sometimes talk about a future where there is no bike culture.

But in anthropology we don’t think that’s what happens, right? We don’t necessarily think that the globalization of trends and ideas and values leads to an inward convergence of all diversity into one singularity; we leave room for multiple cosmopolitanisms, for situated knowledges, for subaltern heterotopias. This attention to context is an important contribution anthropology can make to the study and design of bicycling and its enabling technologies. What is most significant to me, though, is that anthropology is good for tracing the effects of power, and there’s a helluva lot of power happening as raced, classed, and gendered bodies, on and off bicycles, circulate in shared, historied streets. 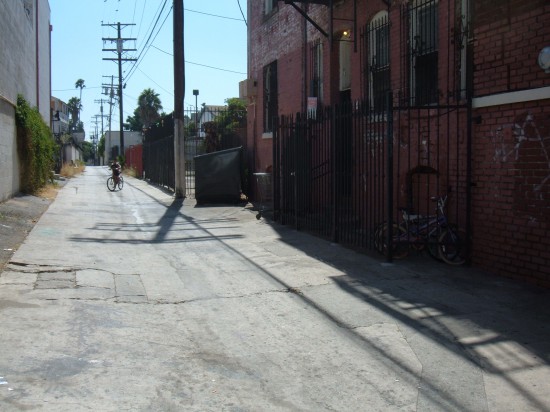 In the bike world, there is a lot of crossover between advocates, practitioners such as urban planners, and scholars. An anthropology of bicycling, then, has the potential to cultivate new links between theory and practice. Recently I got to interview Kim Fortun about the future of anthropology, and she commented that, “one of the ways we’re going to have something to contribute to the communities we work in is if we continually refine our skills as cultural analysts by subjecting ourselves to the evaluation of others in our community.” Fortun has been deeply involved with creating The Asthma Files, an experiment in interdisciplinary, collaborative research on the public health problem of asthma. That project creates a space where different scholars share their data, and it creates an archive of knowledge in the process.

An anthropology of bicycling could take shape online in a similar way, though I have encountered scholars who have lingering concerns about sharing their work, and for good reason. Personally I decided at the beginning of my dissertation project that it was more important to me to develop my voice as a mixed race bike advocate than to preserve my anonymity as a researcher, so I’ve been tinkering with how to share my data online for awhile. This summer I made an experimental website called Seattle Bike Justice to share data from my interviews with leaders in Seattle’s communities of color. A more advanced example of an online repository of a bike researcher’s data can be found at Sarah McCullough’s Mountain Biking History & Culture Archive. Her archive shows the potential for ethnographers to document cultural life alongside the people they study, co-producing useful repositories of knowledge.

Following the U.K.-based Cycling and Society group’s model, McCullough and I started a research listserv this spring called Bicicultures to bring together people in the Americas who are paying attention to bicycling in local contexts. We’ve yet to figure out how to use the growing list as a public resource, but it’s a start.

9 thoughts on “Building an Anthropology of Bicycling”