Looks like HTS is hiring again. Here’s some info from the Network of Concerned Anthros: 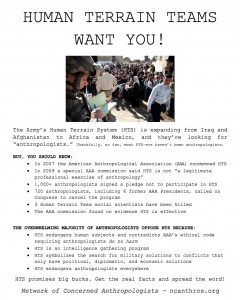 8 thoughts on “HTS Is Hiring”