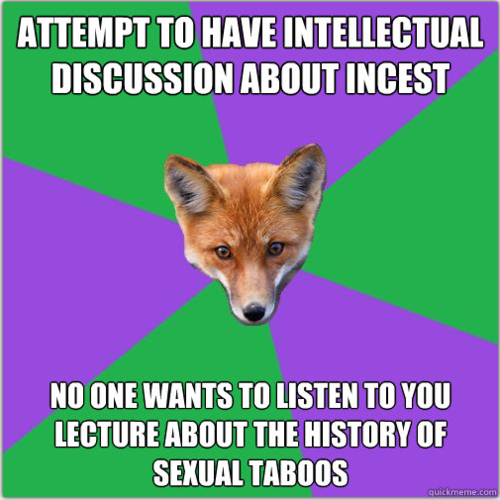 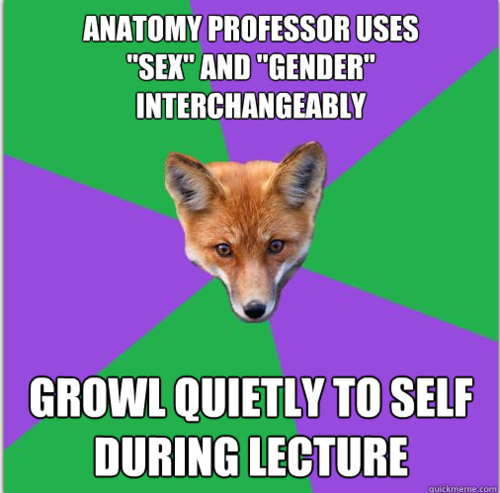 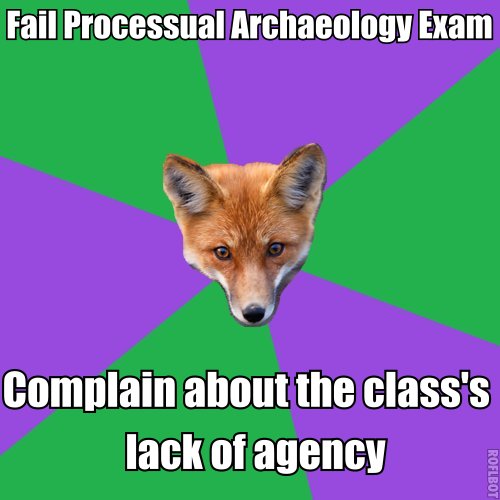 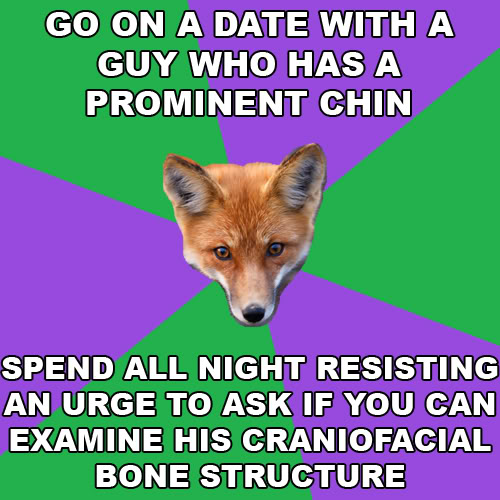 She had this to say:

I call them the Anthro Foxes. They are the undergrads, graduate students, enthusiasts, and, occasionally, professors, of anthropology that visit my blog, fuckyeahanthropologymajorfox.tumblr.com, every day. Anthropology Major Fox got started in March of this year, at the same time as all of the other, more famous, Animal College Major memes got their start; English Major Armadillo, Art Student Owl, History Major Heraldic Beast, Science Major Mouse, etc. I, being interested in anthropology, ended up asking the moderator of Science Major Mouse whether they would be accepting anthropology macros. When they said “Only the more science-related ones, like biological anthropology”, I knew something had to be done. So, I chose my own animal, the clever and industrious fox, and started my own College Major blog. Within 24 hours there were over 150 other anthropology lovers following the blog. The basics of the “College Major Memes” are simple. Make a macro (mine is a fox on a six-piece pie style color split alternating purple and green), and insert two-part jokes about the field. The jokes ran from complaints about classes to witty puns regarding famous anthropologists and anthropological finds. Popular culture is often worked into the memes; I find Doctor Who is a favorite TV show amongst Anthro Foxes, whereas the tv show Bones and the Indiana Jones movies are a commonly reviled (but secretly loved) subjects. I started out making many of the macros myself, but soon there were dozens of submissions every day. 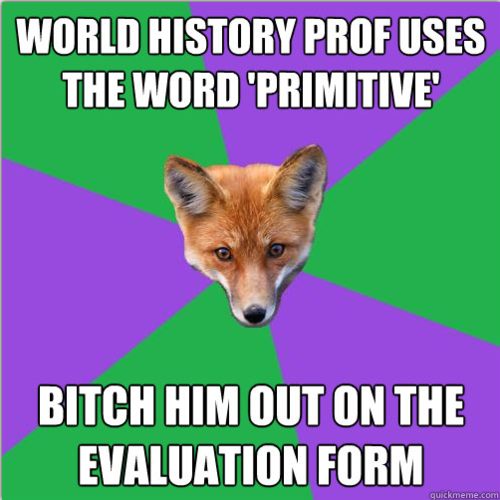