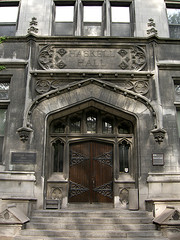 The University of Chicago has posted some of the audio from the “Anthropology and Counterinsurgency” conference held there last spring (2008). Some of the speakers are not included, whether because they opted out or there were copyright issues or what, I don’t know. But among the speakers included are:

The full-length papers will be collected in the University of Chicago Press’ forthcoming book Anthropology and Counterinsurgency, due out in February 2010 (to the best of my knowledge).

The more recent conference “Reconsidering American Power” was also recorded, and I hope that audio will be available from that quicker than the year it took to get audio up from last year’s conference. I’ll let you know when that’s available.