American Ethnologist is becoming ‘AE’ and has yet another new cover and publication format commencing the new editorship of Donald Donham. Donham writes:

…we {Donham and former editor Virginia Dominguez} reflected on the title of the journal. Neither of us particularly liked Ethnologist. Its gesture toward comparison remains compelling, but it has, for all that a distinctly 19th-century ring… Changing the name of the journal was clearly out of the question, but these musings led me and the Board of the American Ethnological Society to redesign the cover. As readers of this issue see, American Ethnologist has become more boldy and simply AE. Visually, this reflects, I suspect, how readers usually refer to the journal…

Casting off a stodgy image through abbreviation (cf. ‘KFC’), this represents a further mutation, perhaps a natural evolution, in anthropology’s on-going rebranding. Thoughts? Personally, I like the new ‘ae’ logo, and think it would look pretty spiffy in rhinestones on the side of some faux fancy sunglasses (e.g.) – which everyone will of course really need in Long Beach at the SCA meeting. 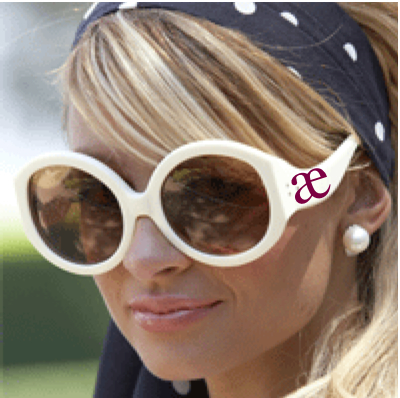