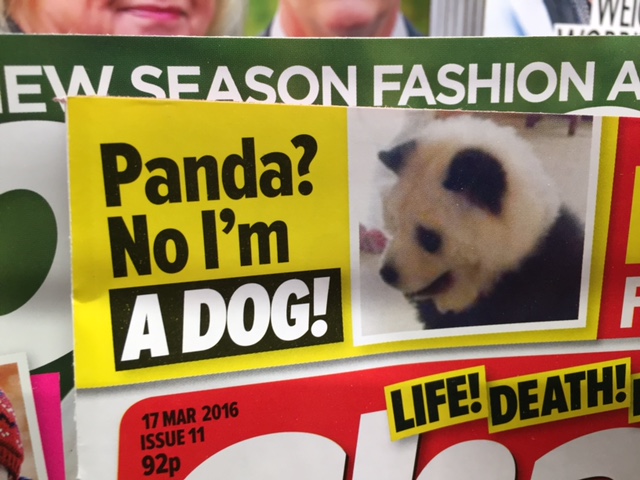 Classification and world making are the core concerns of anthropology. In- groups and out- groups, borders and boundaries  are the frameworks of  social and political order.  Sorting Things Out, as Bowker and Star put it,  or the social practice of classification is essential for  understanding how all kinds of organisations function in the contemporary world. It  can also provide a platform from which to change them.

Gillian Tett, an anthropologist and Financial Times journalist, makes this claim forcefully in her recent book. The Silo Effect. Why Every Organisation Needs to Disrupt Itself to Survive explores what happens when institutions become too entrenched in their own worlds to be able to see what lies outside them. Closed, self referential networks where socially constructed truths prevail and established ways of doing things are never challenged amount to silos which stifle innovation, limit adaptiveness and lead to organisational failure.

The Silo Effect is a brilliant, thought provoking book which achieves two important things. It popularises anthropology for the real world and it shows how anthropology can offer applicable insights for changing it. The most significant changes, Tett asserts, come from how we see and organise the world. Confronting entrenched ways of seeing through silo busting and cultural translation offer significant benefits for companies, governments and individuals seeking to stay relevant in a world that is ever changing.

Anthropology,  with its insider-outsider perspective and its confronting of  social categorisations, offers  a  potential  instrument for doing this.  Companies can access the skills of anthropologists  by using them as consultants and by hiring graduates with some anthropological training.  But, Tett suggests,  anthropological  insights can also be accessed  more informally, without professionalization or disciplinary training.  If we perceive anthropology  not so much as a body of knowledge as a particular mindset which enables an insider-outsider perspective from which social truths no longer appear self evident,  anthropological ways of seeing can be adopted by  anyone with an interest in unpacking the ways in which their social universe is culturally constructed.

Embarking on an ethnographic journey isn’t essential for this, although Tett does emphasise the importance of situated analysis based on close engagement with people and places. Adopting six principles from anthropology provides a starting point for inculcating the kind of mindset which has the potential to challenge existing classification systems and the groupthink to which they give rise.

Deriving from a careful engagement with the work of Pierre Bourdieu and other leading anthropologists  the  principles identified by Tett  comprise the basis of sound anthropological practice whether we are anthropologists undertaking fieldwork or managers trying to gain perspective on our siloed organsiations.  Principle number one is experiencing life on the ground.  Number two is  listening and observing with an open mind and adopting a holistic perspective.  The third principle, after Bourdieu, is paying attention to social silences, that is to `what goes without saying because it comes without saying’.  The fourth  principle is  being attentive to the divergences between what people say and what they actually do. The fifth is  adopting a comparative approach. Finally, the sixth principle is  celebrating the idea that there are many ways in which to live in the world.

The Silo Effect is a wonderful endorsement for anthropology as a perspective for critical engagement and analytical thinking which has the potential to promote challenges to established ways of doing things. But my personal and professional anthropological mindset suggests that there is something important missing from the six principles if they are to genuinely provide a tool for change within, and beyond, organisations.

Politics and power are absent from the list of principles yet they are foundational to the formation of social order in all its forms, and to the consolidation and destabilisation of silos. Indeed, the case studies which make up the book consistently highlight the political interests which sustained  specific organisational relations- whether in the Chicago police, the Bank of England or Sony Corporation- despite concerted  silo busting initiatives undertaken by   committed and analytical  insiders.

Tett’s examples clearly demonstrate that while seeing beyond silos can be represented as a strategic epistemological leap demolishing them is far more complicated. Deliberate efforts on the part of corporations such as Facebook to prevent the consolidation of silos within their hugely profitable organizations are innovative certainly,  but they are undertaken in order to enable a particular kind of profit oriented thinking.

Taking the political is a seventh principle from anthropology and making it prior to the others would enable the situated analysis of organisations and the internal and external power relations through which they are structured. It would also render explicit the why and what questions which are prompting the analysis and the situated position of the potential change agent/anthropologist/ observer.

I wonder if the understatement of the political in the book’s conclusion is itself partly an effect of its situation within its particular silo. A business oriented book which is directed at enabling practical change has to offer the reader some personal as well as institutional possibilities. Like other popular texts in the current business and management genre it is directed as much to individuals seeking to transform themselves as to those tasked with transforming their organisations.