Ramadan Diaries takes you into the Ramadan experience of two students of anthropology at Washington University in St. Louis, Oguz Alyanak and Dick Powis. They will be fasting amongst Muslims in two Francophone contexts, Strasbourg, France and Dakar, Senegal, respectively. By sharing brief notes on the fasting experience, the aim is to provide a reflexive account of participant observation as it is undertaken by two scholars with distinct backgrounds and field sites. This is the second entry in the series, you can read the Introduction here. 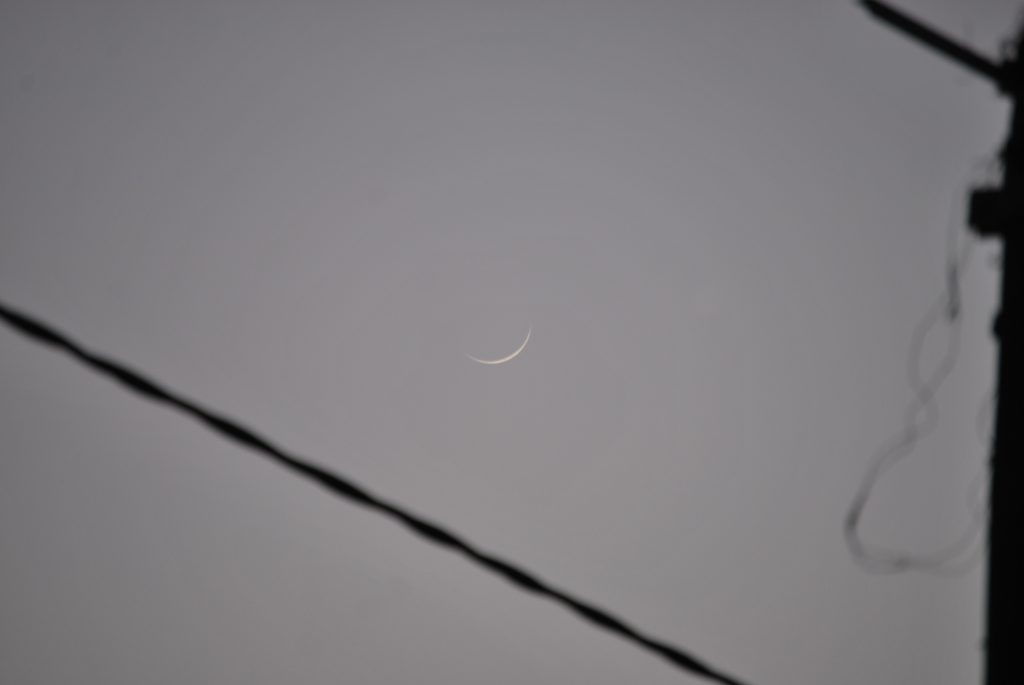 Ramadan has a different rhythm to it. For those who conduct fieldwork in a very systematic manner—e.g., wake up at 6 to prepare for the day, leave home by 9, get back before sunset and type down fieldnotes before sleep—fasting will pose challenges. For one, there is no coffee or snacks to keep you going during the day. Instead your best friend is your constantly rumbling stomach. The sahur (predawn) meal is in the middle of the night. You can either get up at 3AM or stay awake until 4. Either way, you will end up losing sleep. And try falling asleep with a belly full of food and water!

Another challenge is coming home early. The iftar is around 9:35PM, followed by the teravih prayer at 11PM, which ends after midnight. (The timing for the sahur and the teravih may fluctuate depending on which congregation’s timetable you’re following). During weekdays, due to work the next day, most people go home right after the teravih. However, the weekends are a different story as communal iftars transform into communal sahurs both at mosques and other venues. Eating, drinking and smoking continue for hours. To give you an idea, for the last three nights (Fri-Sun), I got back home no earlier than 3 AM.

So far in my research, it has been my informants who defined my research schedule. Especially after 8PM—that is, after the men got back from work, took shower, grabbed some food at home, and went out—I would be at their mercy. I would shadow them to various venues in Strasbourg and Kehl (Germany), and participate in their socializing with other men and women. The nights, especially during weekends, would sometimes end around early morning.

While the Ramadan schedule did not pose an organizational challenge. The real challenge, for me, was motivational. After the first two days of fasting, I started sleeping until midday. Why wake up, knowing that I cannot make myself a cup of coffee and enjoy the breakfast? Before Ramadan, I would have the urge to wake up no later than 9, and be out by 11AM. I would be on my bike exploring the city—documenting where Turks live and work, and meeting potential informants. I would have the freedom to make stops at cafés and patisseries to reward myself for a hard day’s work. Now that I am fasting, that reward mechanism is broken. There is nothing that is of interest to me in Strasbourg when I cannot eat or drink. I am bitterer especially when the weather is nice and the sun is out.

My regular note taking routine is also disrupted. Usually, I would take two mornings/afternoons off and dedicate those to writing fieldnotes. That activity would take place at a café. I would order a few café allongés, and bum a smoke or two from others occupying the same space. Now that I am fasting, the café routine is disrupted, and with that, the fieldnote writing routine is gone. It is hard to find the motivation to write down fieldnotes without the café ambiance.

Finally, fasting is physically demanding. While I do not feel the hunger, I feel the effects of not getting enough nourishment. Especially during the last 3 hours of fasting, my brain stops functioning. I cannot think clearly or make good sense of what people are talking about. My responses to questions come after brief pauses, and I am not sure if they always make the best sense. Luckily, I am not the only one in this situation. During those last couple of hours, other Muslims that are fasting share a similar sentiment. That also explains why they refrain from engaging in long conversations.

In this entry, I focus on the xëd (morning meal, Arabic: sahur) and ndogou (evening meal, Arabic: iftar). Where Oguz began fasting on Monday (June 6, 2016), my community and I did not begin until Tuesday. Monday evening, crowds gathered on street corners in my neighborhood to find the moon – the sighting of which marks the beginning of the month of Ramadan – and in the grayish-blue sky, we spotted a thin sliver of bluish-gray moon.

The next morning, we woke up at 4AM for the first meal of the day – xëd, in Wolof – which for us includes heavy and high calorie foods: hard-boiled eggs and baguettes filled with grilled beef, sautéed onions, mayonnaise, and spices, or perhaps a strange Spam-like concoction of beef and garlic, with butter. Once we’ve had our fill, we move on to the liquids – instant coffee, instant juice, and water – chain-smoking all the while until the final moment, 5:15AM, allowing for 5 minutes to clean up and prepare for the prayer at 5:20AM. Some of these items were purchased before Ramadan began at a grocery store – the eggs and the instant juice, for instance – while others, like the baguettes, are purchased from diaykat (street vendors) each morning.

At 7:35PM, we assemble under the awning in front of my home for ndogou with a spread of pastries, cakes, and baguettes, and a selection of tea, coffee, and bottled water. When the time comes, we start by eating a date, and from there it’s a free-for-all. My friends go for the food, I dive into my pockets for the cigarettes. We eat like we’ve never eaten before, and before long, I’m stuffed and exhausted. We resume the day – errands, meetings, and work, punctuated by dinner at 10 or 10:30PM. Again, we aim for another four hours of sleep, from midnight to 4AM when the process begins anew.

It may surprise some to know that the xëd, not the ndogou, is actually my favorite part of Ramadan. Certainly, it is one of the few times of the day where I feel like I have structure; there is a limited amount of time in which to accomplish several things, namely procuring and preparing the food and then consuming it. More so, however, I find a kind of serenity or relief in the quiet and emptiness of the otherwise crowded and cacophonous streets blanketed in the twilight of dawn where the calls for prayer from a number of nearby mosques just echo off the concrete and each other. The occasional teenager on a rickety old bicycle darts past making his delivery, large wrought iron baskets welded to the front and rear packed full with bags of fresh baguettes, another bag on his lap for good measure. I wonder if he finds time before the first prayer to enjoy the peace of morning.