I’m in a reading group with sociologists — no, really, it’s been a good experience — and they said to me “it’s been a while since we read any ethnography, why don’t you chose the next book.” Choosing a book for a reading group is difficult : You sort of want to pick something you don’t really want to read, since the reading group will make you read it. But then after all you want to pick something you really want to read, right? Something of general interest that you need to keep up with the field, or maybe a specialist work that you absolutely need to read and haven’t yet. You know what your friends and colleagues are publishing, but then you want to chose a book that stretches your horizons and moves you out of your usual networks.

When I sat down to draw up my list of six or seven books that I really wanted to read, I found it was actually incredibly easy to do so. And as I looked over my list I thought: Damn, anthropology is pretty fracking interesting. Then I thought: well, yesterday I wrote a thousand word post about identity politics but decided not to blog it because it would just piss people off, so why don’t I at least share my reading list with the world (BTW having the covers strangely cropped like that was a complex and principled stylistic choice on my part, not a result of my failing to understand how my blogging platform handles images).

And so, without further ado, some of the most interesting and relatively recent books that I, at least, think deserve to be read: 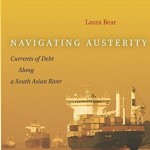 I actually was expecting this one to have a lot more buzz at AAAs than it actually did. Austerity has been pushed off the front pages as migration from the middle east becomes central to Europe’s contemporary narrative. But life in austere regimes is not a problem that is going away anytime soon. I was attracted to this book because Laura Bear seems to be everywhere these days, publishing manifestos in Cultural Anthropology, interviewing David Graeber, and whatnot. So yes: Sign me up. 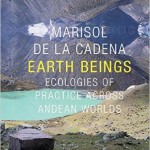 I took a pass on Harvard’s 2013 Falling Sky: Words of a Yanomami Shaman. I don’t know… all of the praise about letting to ontologies speak for themselves seemed kinda kinky to me. Probably I am just small-minded. Anyhow, I guess I am a little skittish about books which claim to represent a mind meld of anthropologists and indigenes, and also promise that indigenous thought is Totally Other.  But if anyone can do this project right, Marisol de la Cadena can. Like many other people, I admired the volume on Indigenous Experience Today that she coedited. I also struggle to keep up to date with Latin America as a place, since I am so focused on the Pacific. So I would be willing to spend the time and energy to get to the bottom of the ambitious collaborative project in this volume.

Anna Tsing, The Mushroom at the End of the World: On the Possibility of Life in Capitalist Ruins

Did you even need me to tell you to read this book? Tsing is one of anthropology’s best known voices, and this latest volume has received absolutely crazy amounts of attention. I reckon that I actually prefer the more social-sciency journal articles that she and her collaborators have produced to this volume, which features all the normal genre experimentation. But overall, I think it’s pretty hard to call yourself an anthropologist these days and not have an informed opinion about this book. 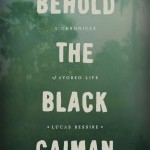 Bessire’s book won the Bateson Award in 2015, and his 2014 article “Ontological Anthropology and the Deferral of Critique” (with David Bond) will probably go down in history as the most forceful statement of why the ontological turn rubs people the wrong way. We’ve talked about this book on Savage Minds before. This book is on my list because it focuses on topics similar to my own. And also — I’ll admit it — there’s something about the font on the cover and the washed out picture in the background that reminds me of the TV show Dexter.

Lucinda Ramberg, Given to the Goddess: South Indian Devadasis and the Sexuality of Religion 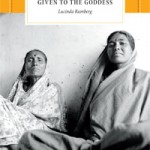 I so don’t study South Asia. Or gender. Or religion. So in many ways this book is really totally out of my wheelhouse. Well, ok, it does also deal with kinship, which I do study. But the point is that it won an overwhelming number of awards at #AAA2016. Like: OVERWHELMING. Even those of us who don’t deal with topics like gender, culture, or kinship still need to keep up with the literature in this area, because it is so central to our discipline’s core concerns. So I definitely want to take the time to get to know this book better.

Joseph Masco, The Theater of Operations: National Security Affect from the Cold War to the War on Terror 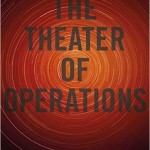 I feel like our discipline gives its practitioners a lot of rope: Latitude about counts as evidence,methodological freedom, lots of room to experiment in writing style, space to theorize but also the ability to sell your project on its particularity… so much rope in fact, that we tend to hang ourselves on it. Masco’s book on the counterterror state isn’t exactly ethnography, isn’t exactly theory, looks more ambitious than just vanilla history… but the importance of the topic and the skill with which Masco prosecutes his project — pretty much all of his projects, to be honest — moves this one up to the top of my list.

Jason de Leon, The Land of Open Graves: Living and Dying on the Migrant Trail

University of California Press’s series on public anthropology has improved a lot over the years, moving away from ‘public anthropology for anthropologists’ (work that is what anthropologists decide the public wants/needs to read) to producing works of genuine importance. Titles like Fresh Fruit, Broken Bodies are being widely read and deserve the time and attention they get. This latest installation from Jason de Leon, however, shouldn’t be dismissed as just another generic social justice ethnography. De Leon’s work on immigration to the Unites States focuses on a central issue in the United States today, and does so with real power. Or so I imagine — that’s why I want to read it!

I’ve been meaning to write a post for some time now on SM entitled ‘Peak Ethics in Anthropology’. Keane’s book is just part of the much broader harvest of monographs that have come out in the last few years which focus on the anthropology of ethics — a moment which you might trace back to 2001/2002 with Faubion’s article “Toward and Anthropology of Ethics” and Laidlaw’s “For an Anthropology of Ethics and Freedom”. Those authors have also produced their own volumes which are worth reading, and Keane has been publishing chapters on this topic for some time. But Keane is just so consistent in producing quality books, and so truly anthropological in his ability to connect cultural, biological, linguistic, and archaeological anthropology that it’s hard not to chose his book on this subject over others.

Paul Kockelman, The Chicken and the Quetzal: Incommensurate Ontologies and Portable Values in Guatamala’s Cloud Forest 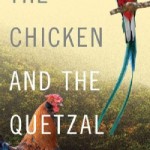 Paul. Kockelman. I actually don’t want to read this book. I want to read Agent, Person, Subject, Self, but I am too weak. Kockelman’s Theory of Everything is both idiosyncratic, deeply rooted in the literature, important, and difficult for me (at least) to wrap my mind around. I’m hoping The Chicken and the Quetzal is a good introduction to his thought. Also, I’m not quite sure what it is, but there’s something about the cover of the book… the way the chicken is looking at you, even as the Quetzal turns prudishly away… I can’t stop looking at it… 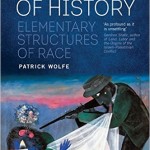 lly not an ethnography, I was excited to read this book because Wolfe  has been an exciting thinker of race and colonialism, and has given anthropology a pretty thorough (and well-deserved, in the case he discusses) drubbing . This new volume is pretty global in its outlook, beginning in Australia and ending in Israel. Tragically, Wolfe passed away recently, which makes the publication of this new volume especially poignant.

4 thoughts on “Teh new ethnographeez”