[This essay is part of the Fall 2015 Savage Minds Writers’ Workshop series.]

What is anthropology as theoretical storytelling? Several things. A discipline engaged in explaining, understanding, and interpreting cultural worlds as well as in developing theoretical paradigms large and small for making and making sense of cultural worlds. This is not something new to anthropology. Looking across generations of anthropological scholarship, theoretical storytelling appears repeatedly. From Zora Neale Hurston’s tales and lies to Muchona the Hornet to the Balinese cockfight to Rashīd and Mabrūka and Fayga in Lila Abu-Lughod’s Veiled Sentiments and on and on. Stories stay with us. People stay with us. Esperanza. Adamu Jenitongo. Uma Adang. Gloria. Miss Tiny. Charles and Morley and Nick Thompson. Angela Sidney. Valck. Mr. Otis. Bernadette and Eugenia. Tashi Dhondup. And so many more. Anthropology as theoretical storytelling may be a method of narration by both ethnographer and subject, a means of organizing writing, a way of arguing certain ethnographic points, and an ethnographically-grounded way of approaching theory. This is not then a singular approach or description, but a term that captures a range of anthropological sensibilities and strategies. 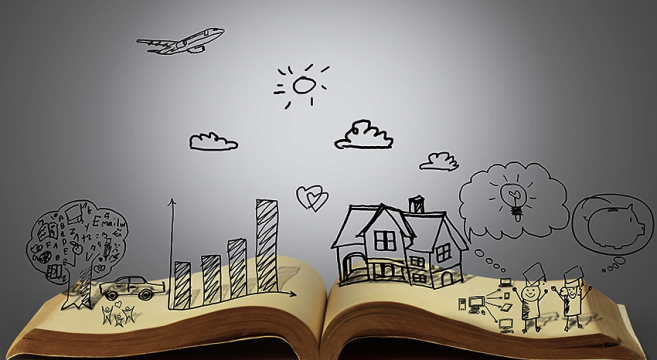 As with many before me, in the field I found myself to be a recipient of stories. Yet not all was narrative. Some moments in the field were more staccato or fragmented, confusing or obscure; some were just talk about this or that, about the minutiae of everyday life or about nothing at all (and those are deeply cultural moments indeed). But many days included storytelling, official and not, and almost always told over shared food and drink. Some of these I asked to hear in the context of my research, and others people told me for other reasons known and unknown. Turning these stories into a written ethnography or a spoken one in the classroom involves analytical and narrative labor. This process is about both ideas and story.

It was a dark and stormy night. People were gathered in Lhasa’s Twentieth Park (nyi shu’i gling ga) to celebrate ‘dzam gling spyi bsangs, the Universal Smoke Offering Day. Throughout the day, people picnicked and gambled in tents set up throughout the park. The weather was bad but the atmosphere was festive; people eating, drinking, and enjoying themselves; it was a party after all. Beer maids roamed from tent to tent singing, flirting, and refilling chang (beer) bowls. Much of Lhasa’s high society was there. The flaps of their tents were down, perhaps as much as to prevent prying eyes as to provide shelter from the weather. Inside one tent, dimly lit by oil lamps and candles, a group of important men played mahjong and drank chang. As they played, a thunder and lightning storm developed. Outside the tent, two men huddled, nervously preparing for their own festival activities. Then, as one or another of the men inside the tent contemplated his next play, there was a ferocious roar of thunder, followed by a flash of lightning. The lightning illuminated the tent, and through chang-glazed eyes, the men inside saw that one of their mates had fallen over. Outside the tent, the two other men were already gone, swiftly making their escape through the back alleys of Lhasa. The man who had fallen was dead, murdered with just one shot fired precisely at the time of the thunder, so as not to be heard and thus giving the assassins enough time to make their get away. This was 1921 and the murdered man was Pangda Nyigyal, the head of the newly powerful Pangdatsang family, an eastern Tibetan (Khampa) trader settled in Lhasa and a favorite of the Thirteenth Dalai Lama.

It was a dark and stormy night.

For real. This is not an entry in the annual Edward Bulwer-Lytton “dark and stormy night” sentence contest, but the way numerous people told this story to me. Dramatically. Voices lowered. Voice and tone matching what a dark and stormy night feels like. Narrators who’ve never heard of Edward Bulwer-Lytton, but who instead narrated the story as it was told to them. Narrators who reproduced oral framings as much as cultural and political ones. Anthropologists who then re-tell in English these stories originally told in Tibetan.

When I sat down to write my dissertation and faced the question of where to start, my advisor Ann Laura Stoler gave me a piece of advice I now share with my graduate students: start with a story you know must be in there, one that can’t be left out. What stories can’t be left out? As I wrote those stories and beyond, and as I continued to write and teach, the place of storytelling as theoretical strategy in anthropology became clearer to me. We tell stories to make theoretical arguments. We use narrative to convey both story and theory. Renato Rosaldo makes these points beautifully in Culture and Truth: narrative is key to social analysis.[1] As Kirin Narayan writes of this book and of what she learned in Rosaldo’s “Stories and Culture” graduate seminar, “stories are inherently analytic, and … in the sequence of reasoning, analysis has narrative form.”[2] Years of reading good, well-written ethnographies in which the argument is built in part through narrative structure demonstrates these points. And yet, narrative drives much of our theoretical work in underappreciated ways.

Anthropologists specialize in thick description. When Clifford Geertz, for example, suggests that it’s turtles all the way down, this is commentary on the simultaneously bounded and limitless aspects of ethnographic interpretation. To say our descriptions are thick is to say they are concerned with meaning and not only description. We don’t just work to describe turtles, but to get at why turtles matter, why it’s turtles rather than elephants, and why the fact that it’s turtles all the way down does not close down our interpretations, but rather provides a foundation for them. Describing turtles, including why turtles are culturally meaningful, is a key component of theoretical storytelling. Description itself may be a non-narrative form of prose, but thick description is narrative. It involves characters, a plot, a storyline, a form, a goal. In thinking about the place of interpretation within anthropology today, it has in some ways been folded almost seamlessly into ethnography. Interpretation is now unmarked, assumed, expected, and is often narrative in form. This has become so true that experimental ethnography is now that which is non-narrative; the pendulum has swung back in the other direction. As a vehicle for theoretical argument, narrative provides both form and content. As Hayden White might say, theoretical storytelling is content and it is form; it is both.

Storytelling’s theoretical powers are not neutral. They are important conceptually and cognitively, and always need to be situated in specific contexts—historical, ideological, political, cultural. And, as Hayden White does say, “narrative is an expression in discourse of a distinct mode of experiencing and thinking about the world, its structures, and its processes.”[3] In that sentence, one could replace narrative with ethnography in order to see how contemporary ethnographic writing in anthropology relies on storytelling. When we write and when we teach, we do not just share information, but we tell stories to bring material, data, beliefs, theories to life. Walter Benjamin differentiates between information and stories by claiming: “The value of information does not survive the moment in which it was new. It lives only at that moment; it has to surrender to it completely and explain itself to it without losing any time. A story is different. It does not expend itself. It preserves and concentrates its strength and is capable of releasing it even after a long time.”[4]

In this current moment, our Zora-inspired “spy glasses of Anthropology” are focused on stories more than on information. In temporally shifting away from a focus on the ethnographic present, we have also shifted away from information in this Benjaminian sense. Instead, what we are in search of and what comes to us are stories. Stories that do not expend themselves, but which take new shape in our retelling of them.

Our telling of stories told to us is itself a theoretical exercise. Narrative helps us “translate knowing into telling,” that is, narrative provides us with a means for “fashioning human experience into a form assimilable to structures of meaning that are generally human rather than culturally specific.”[5] Death, for example, is generally human. All humans eventually die. All societies have some sort of funerary rites. And yet not all people encounter tragic deaths. Not all deaths come as thunder roars.

The dramatic story of the murder of Pangda Nyigyal is still told today by Tibetans in exile. Eyes wide, voices lowered, narrators almost one hundred years distant from the event drape their narration in suspense and conspiracy enabled first, by the fact that the murder was never solved, and second, by the controversial place of the Pangdatsang family in modern Tibetan society and history. Who shot Pangda Nyigyal? We don’t know. Or do we? Some people know. Some names are whispered into ears of anthropologists. Some names are kept secret, tucked away for other times, and other stories. Kirin Narayan writes that “Storytelling, after all, does nothing except shuffle words, and yet through the words’ arrangement, new worlds are built and filled with an imaginative wealth.”[6] The worlds built through stories create truths, they do not just hold or represent them. Stories give frameworks to hopes, to morals, to politics, to ethnographies. And yet. 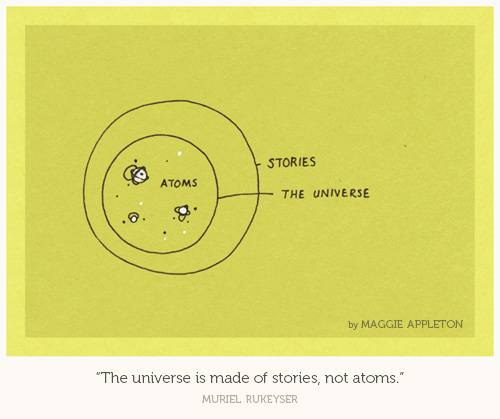 Anthropology as theoretical storytelling needs to dwell more in the connection between the documentative and the generative. Michael Taussig claims that “Anthropology is blind to how much its practice relies on the art of telling other people’s stories—badly. What happens is that those stories are elaborated as scientific observations gleaned not from storytellers but from “informants.””[7] What is defective is how we miss the power of stories and storytellers even as we tell them. We tell stories to get to the point, to make our points. We miss that the stories are the point. They are the getting, and they are the there. Julie Cruikshank and many others have demonstrated poignantly how people live storied lives. Anthropology is a storied discipline. This is one of our truths.

[2] Kirin Narayan, Alive in the Writing: Crafting Ethnography in the Company of Chekhov, University of Chicago Press, 2012, p. 8.

14 thoughts on “Anthropology as Theoretical Storytelling”