In librarian parlance entities, whether books or journal articles or whatever, can be said to have an “aboutness.” And as a cataloger its my job to describe that aboutness with subject headings. I’m working in an archives setting now and my job, essentially, is to sit down with photos such as the one below and, following strict rules, create a digital record that will help researchers find it in the future. 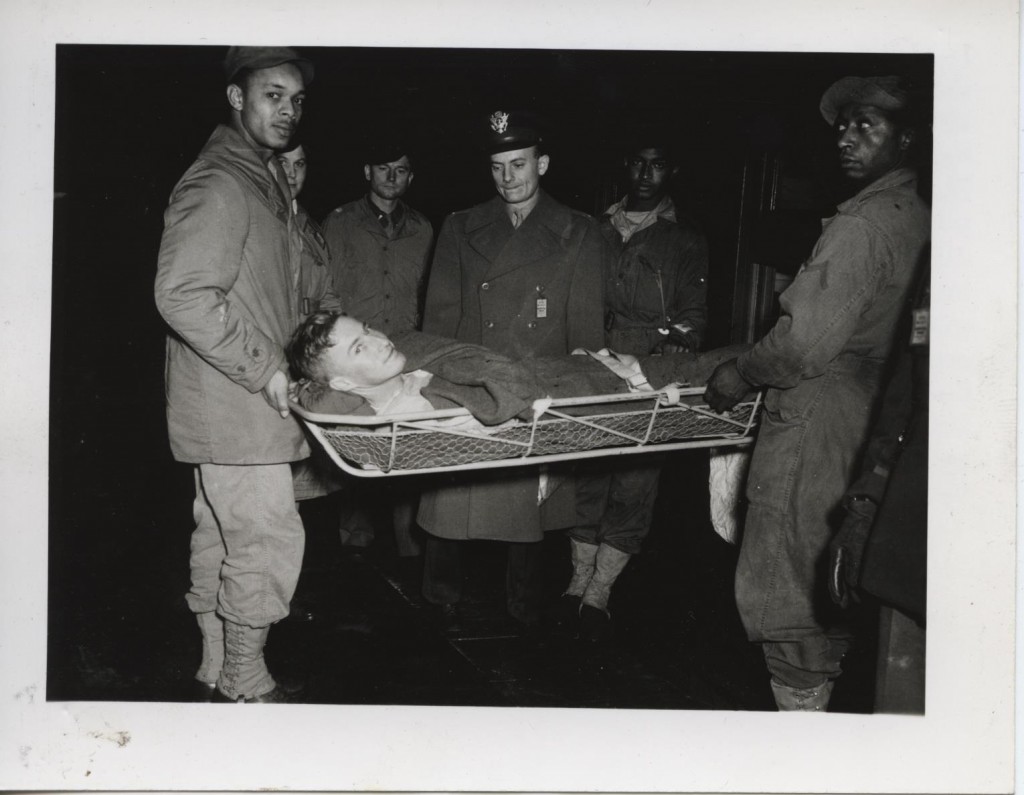 Because we place a premium on organization and arrangement only authorized subject headings are permitted, something called a “controlled vocabulary.” In the work I’m doing now our controlled vocabulary comes from the Library of Congress. One of the defining characteristics of the LoC subject headings is that they are hierarchical, broad terms are subdivided into narrower terms, which are further divided and modified in rather rigid ways.

So those are the basic rules of the game. The objective is to describe the item so that others will find it, but within the constraints set out by the LoC (typically there are in-house rules you have to take in to consideration too, etc). Alright, given all that: What is this picture about?

We know that these men are in the Army by virtue of the collection I’m looking at and the guy with the cap bearing an insignia is a Lieutenant. We can express that like this:

What this subject heading shows is that all the branches of the armed forces are corporate entities that are themselves subdivisions of the United States, I’ve further specified we are talking about Army officers which is a smaller subset of that broader term.

However, not everyone in this photo is an officer. Interestingly enough if I want to include the two black GI’s carrying the litter I cannot say United States. Army–African Americans, but instead must use African American soldiers. LoC explains the difference:

This photograph is not about Army administration or history. Its about the personnel. Hence, African American soldiers and not United States. Army-African American troops.

A result of this is that the racial characteristics of some persons are labeled in the subject headings but not others. To remedy this I can utilize another field in my catalog record reserved for notes. My colleagues and I debated over the proper terminology to use, this is very important because all our word choices need to be justified (even our punctuation must be justified!) and consistently applied over the entire collection. Are we dealing with African Americans and Caucasians, or blacks and whites? Or what?

We decided to return to the LoC for guidance and here we found some interesting taxonomical definitions concerning race. Remember these are supposed to reflect the hierarchical arrangement of clear-cut definitions required by library catalogers.

Race as an abstract, theoretical construct is, for the Library of Congress, defined as the domain of anthropology because of the emphasis on physical features of the body. Anything not having to do with the body must therefore be sociological!

Returning to our photograph and its aboutness, it is clear that this item does not have anything to do with abstract, theoretical constructions such as the black race or the Caucasian race, but rather is about the specific people contained within the camera’s frame, they are blacks and whites. Therefore we can proceed with describing our photograph in the notes as about African Americans (who are citizens of the United States) and whites. So the subject headings are:

And the note reads:

“Two African American soldiers carry a white patient in a litter while a white officer looks on.”