In his foundational 1955 article “The Structural Study of Myth,” Claude Lévi-Strauss outlined the program for a structuralist, cross-cultural study of mythology. The basic premise is prototypical structural anthropology: to analyze myths, one must decompose them into their constituent units (or “mythemes”). Thus decomposed, hidden mythical patterns can be made evident. These patterns are the real “content” of myths, according to Lévi-Strauss — they persist across different tellings of the same myth, and they reflect the inner structures of the mind. More important for the structuralist project, they recur in different myths, cross-culturally, reflecting the psychic unity of mankind.1

Materially, such a structural analysis required note cards. With a mytheme on each card, they could be physically rearranged into a two-dimensional grid, with the rows and columns indicating their shared features.2 However, there was a problem. As Lévi-Strauss writes:

At this point it seems unfortunate that, with the limited means at the disposal of French anthropological research, no further advance can be made. […] A variant of average length needs several hundred cards to be properly analyzed. To discover a suitable pattern of rows and columns for those cards, special devices are needed, consisting of vertical boards about two meters long and one and one-half meters high, where cards can be pigeon-holed and moved at will; in order to build up three-dimensional models enabling one to compare the variants, several such boards are necessary, and this in turn requires a spacious workshop, a kind of commodity particularly unavailable in Western Europe nowadays. (443)

This sudden concern for materiality is striking in contrast to Lévi-Strauss’s focus on the abstract structure of mind. According to him, the progress of structuralism is very literally halted by the size of his office! Compounding the problem of proliferating notecards was the proliferation of analytical dimensions. Two or three dimensions could be grasped intuitively and physically, but beyond that, “progress in comparative mythology depends largely on the cooperation of mathematicians who would undertake to express in symbols multi-dimensional relations which cannot be handled otherwise” (436). Computers offered a kind of conceptual space that could substitute for physical space: “as soon as the frame of reference becomes multi-dimensional […] the board-system has to be replaced by perforated cards which in turn require I.B.M. equipment” (443).

Although Lévi-Strauss did not use computers as tools, he used them to imagine the future of structuralist analysis — the recovery of deep patterns from expanding corpora of mythological material, arrayed in dimensions that could only be grasped with the aid of computers. The putative ability of computers to handle boundlessly large data sets and multidimensional relationships between symbols reflects Lévi-Strauss’ structural ideal: the incorporation of all mythological material into a single analysis, sorted along all possible axes. By collapsing boards, cards, and multiple dimensions into a single figurative device, the imagined computer allows Lévi-Strauss’ ideal method to exist, in theory. 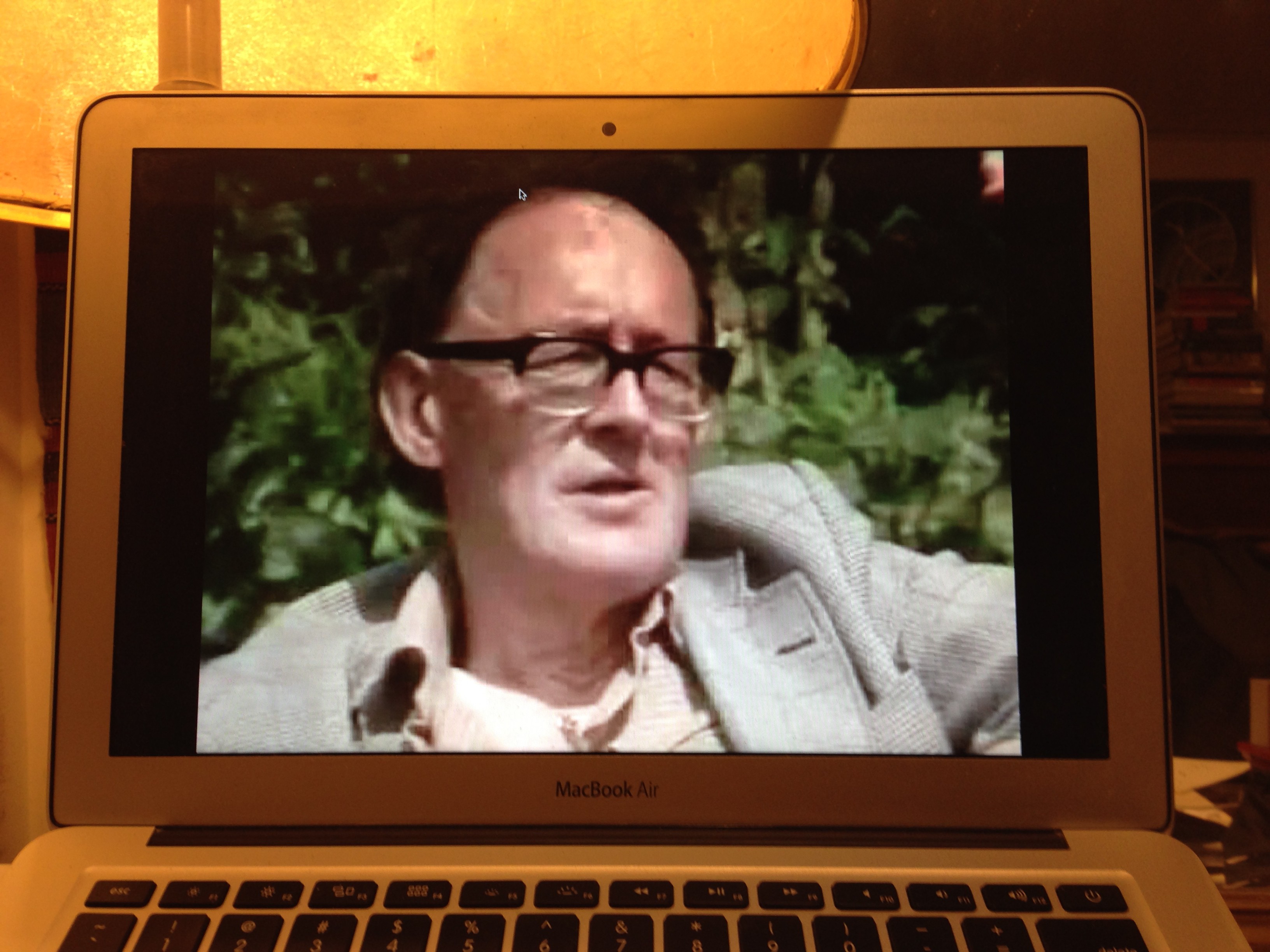 Edmund Leach on the computer

In his 1961 Rethinking Anthropology, Edmund Leach focused on a different connection between structuralism and computing: their reliance on binary opposition.

If an engineer tries to explain to you how a digital computer works he doesn’t spend his time classifying different kinds of nuts and bolts. He concerns himself with principles, not with things. He writes out his argument as a mathematical equation of the utmost simplicity, somewhat on the lines of: 0 + 1 = 1; 1 + 1 = 10. (6-7)

In Leach’s imagination, the particularities of actual computers do not matter—they provide a system in which unfathomable (or perhaps simply unfathomed) complexity is spun out from the purest of binaries. This style of explanation, Leach argues, is useful for understanding “what goes on in society, how societies work” (6) and the potency of binary codes: “although the information which can be embodied in such codes may be enormously complex, the basic principles on which the computing machines work is very simple” (7).3 Although imagining culture as 1s and 0s may be “frivolous” (7), Leach nonetheless endorses a kind of mathematical formalism:

The merit of putting a statement into an algebraic form is that one letter of the alphabet is as good or bad as any other. Put the same statement into concept language, with words like paternity and filiation stuck in the middle of it, and God help you! (17)

Algebra — the substitution of variables for constants, so as to describe forms and relationships — allows Leach to think that he can avoid the tangles of “concept language,” purifying cultural heterogeneity into fundamental relationships or topologies. Variables, the language of mathematics and computation, provide the figures Leach desperately wants, neither “good or bad,” but purely symbolic — a status notably unavailable to empirical cultural facts, which tend to be tangled up in all sorts of complicating webs.

To use the ultimate anthropological cliché, we might say that for Leach and Lévi-Strauss, computers proved “good to think.” They served not as tools for calculating, but as tools for thinking about mythical, social, or cultural orders. As computers grew in influence and popularity over the course of Leach’s career, he regularly returned to them as models of mind, society, and culture. In his book on Lévi-Strauss (1970), Leach himself suggested that computers functioned totemically for scientists like classes of animals did for “primitive thought”: as symbolic structures people could use to “make sense of the events of daily life by reference to codes composed of things outside themselves” (95).

The structuralist engagement with computing inaugurated a number of enduring themes for the use of computers in anthropology:

Without engaging computation practically or materially, Leach and Lévi-Strauss mine it symbolically for homologies. If computers can spin great complexity out of simple binaries, why not culture? If “explanation” can be reduced to a statement of fundamental principles for the computer, then why not for society? The fact that their computer is an imagined one makes the homology all the more powerful: Leach can think that computers are only about 1s and 0s and Lévi-Strauss can imagine them freeing up the space in his office, working with pure and decontextualized symbols, because these computers do not exist. There is no hot room full of engineers, troubleshooting, coding, and constructing the image of purity and unflappable logic that appears in these texts. The computer, for Leach and Lévi-Strauss, is just an object to think with, providing a decontextualized, rigorously symbolic, and tirelessly iterating model of structuralism taken to its logical limits.

6 thoughts on “Structuralism: Thinking with Computers”