Shortly after I bought my wife a Kindle and started moving all my iTunes stuff over to Amazon Cloud Player I discovered that ACP had captured a bunch of podcasts I’d forgotten I had subscribed to. Maybe they were off of iTunes U or something, I don’t know. I listened to four or five and got into something else. In the meantime iTunes went on dutifully downloading them and I went on ignoring their existence.

Anyway, I have ACP import all my iTunes stuff it grabs these lectures and gives them all random cover art. The results are pretty weird. 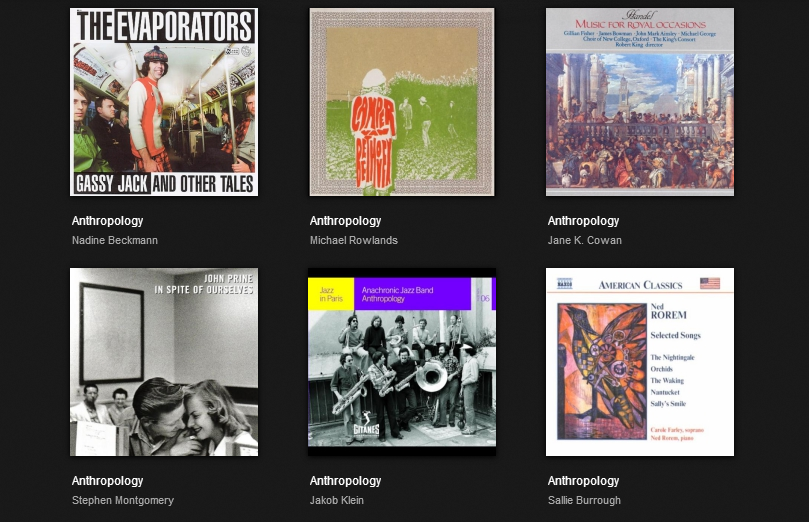 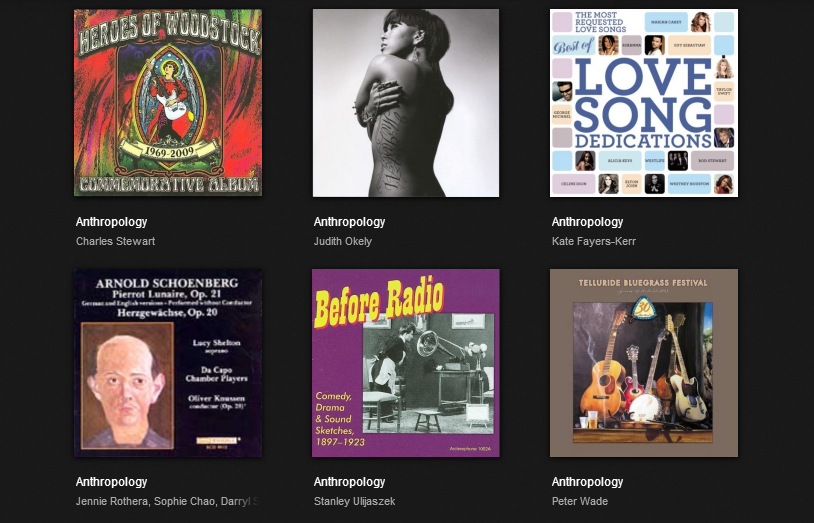 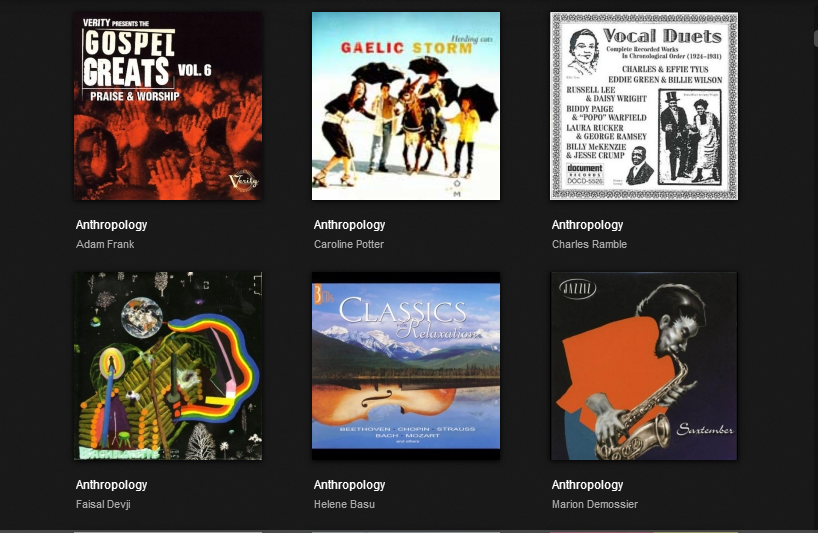 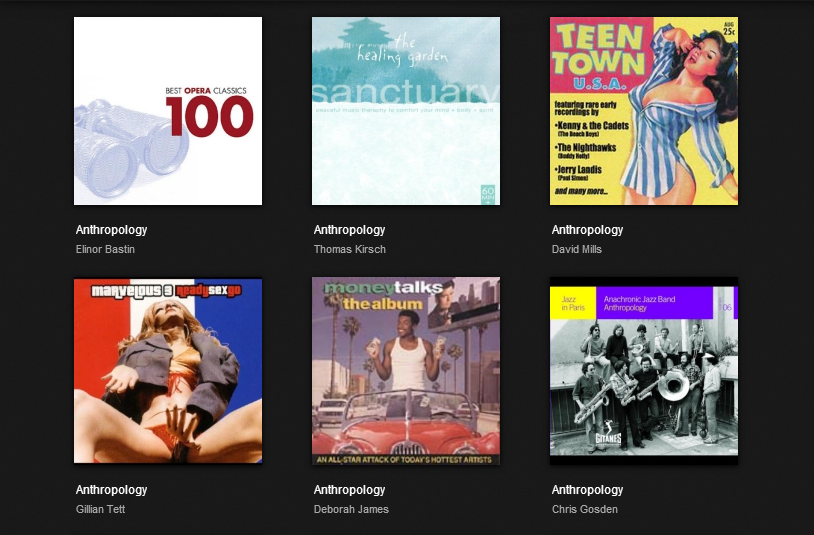 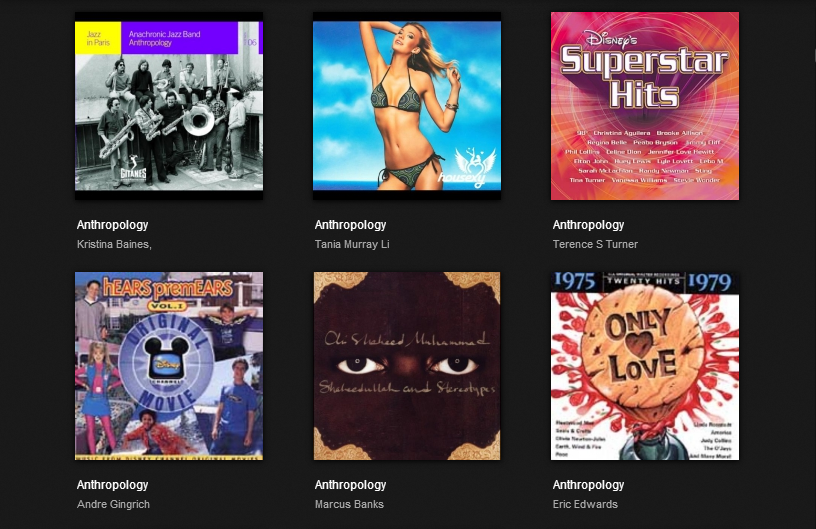 In his essay on Surrealism, Walter Benjamin writes of the profane illumination, “a materialistic, anthropological inspiration,” which whether by dream or intoxication “loosens individuality like a bad tooth,” a revolutionary wave led by the advancing guard of Andre Breton’s embrace of the chance encounter.

He was the first to perceive the revolutionary energies that appear in the “outmoded,” in the first iron constructions, the first factory buildings, the earliest photos, the objects that have begun to be extinct, grand pianos, the dresses of five years ago, fashionable restaurants when the vogue has begun to ebb from them… They bring the immense forces of “atmosphere” concealed in these things to the point of explosion. What form do you suppose a life would take that was determined at a decisive moment precisely by the street song last on everyone lips?

Also, wouldn’t pairing album covers with ethnographies make a cool Tumblr? If somebody’s looking for a summer project, there you go.

3 thoughts on “Album Art for Anthropology”