This winter quarter I had the distinct pleasure of spending several weeks with students talking about corporate globalization and neoliberalism. Students may get an opportunity to think about late capitalism in a more hyped-up and celebratory way in their business or development classes but the anthropological take on capitalism and globalization is that it is patently sinister. 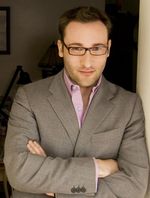 Few disciplines have a less friendly relationship with corporations than anthropology. For many, they are evil incarnate, for some they are a necessary evil, and for others they are a source of gainful employment. The outlook and methods anthropologists share with marketers, branders, and other corporate lackeys compounds anthropologists’ unease with corporations. Few contemporary anthropological projects can afford to ignore the role of capitalism, cognitive colonization, culture industries, consumerism, and corporations in the lives of their informants. Despite the tomes dedicated to the anthropology of capitalism, the variability of values and practices within corporations is rarely documented or theorized. Not without its contradictions and hype, the social values and philanthropic practices of social entrepreneurs seems to be catching on throughout that facet of the corporate world engineered to cater to a politically and ecologically conscious American middle class.

Identifying the parameters of this new species of capitalism would be pretty cool so I thought it important to talk with someone trained as an anthropologist and practiced as a corporate ethnographer who is now an entrepreneur theorist for leaders of elite firms. Simon Sinek is English and grew up in Johannesburg. He got a BA in cultural anthropology from Brandeis University and worked at several top ad agencies, before writing his recent book Start with Why: How Great Leaders Inspire Everyone to Take Action. I met him at a truly evocative talk he gave at Causecast in Santa Monica earlier this month and got him on the phone while he was in Dallas last week. We talked about social entrepreneurship, leadership, the academic anti-corporate bias, Western urban business cultures, human biology and marketing, manipulative versus authentic branding tactics, relevant anthropology, corporate culture as Culture, William Ury,  benevolent dictatorships versus consensus driven management practices, and the ethnographic imperative to ask why.

A pretty fierce pull quote: “As an ethnographer we are in search of why but we actually ask what.” Simon Sinek

Here’s the audio for the interview with Simon.