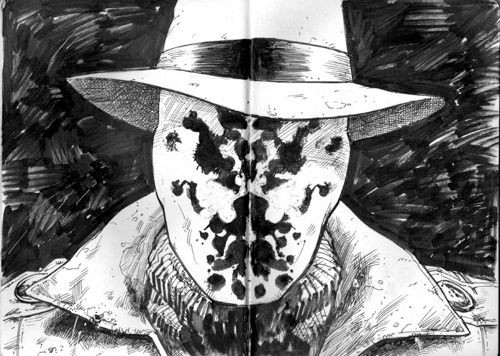 The Henry Louis Gates Jr. affair (“gatesgate”) seems to be some kind of national rorschach test. Gates has portrayed it “as a modern lesson in racism and the criminal justice system.” Or as put more eloquently by Stanley Fish: “The message was unmistakable: What was a black man doing living in a place like this?” (Fish also ties this question to the media frenzy over Obama’s birth certificate.) But others have seen it as a class issue: “He isn’t outraged because he feels he was the victim of racial profiling by the police… He’s outraged because he was the victim of class profiling.” Rush Limbaugh takes a similar approach, as does the National Review. Or even (albeit much less convincingly) gender: “would any of this have happened if the major players had been women?” (Um, don’t you watch COPS?)

But it doesn’t stop with class/race/gender. It is also an issue of civil liberties: “the thing about all of this that creeps me out the most is that so many people are willing to defend this officer who…arrested a guy because he didn’t like his attitude.” Or, “professionalism“: “By telling Gates to come outside, Crowley establishes that he has lost all semblance of professionalism. It has now become personal and he wants to create a violation of 272/53 [the statute authorizing prosecutions for disorderly conduct].”

As mentioned above, most mainstream right-wing pundits seem to be taking the “elitist” tact on this case, but some go even further, arguing that it is reverse-racism: “All he has is a collection of prejudices about the group to which the officer belonged: white police officers. And based on that collection of prejudices, Gates leapt to a conclusion — this police officer is a racist.” Others on the right seem eager to reduce the story to a personal narrative, emphasizing how the cop, “James Crowley has taught a class about racial profiling for five years…”

I don’t get the impression that it is a case which has attracted quite as much attention outside the United States, certainly not here in Taiwan, but I could be wrong. I’d be very curious to hear from our readers how this incident has been portrayed elsewhere.

(Thanks to Carole McGranahan for pointing out the “personal narrative” angle.)

UPDATE: Charles Blow has more on the different experiences of race in the United States and how they affect how one is likely to interpret this story:

Whether one thinks race was a factor in this arrest may depend largely on the prism through which the conflicting accounts are viewed. For many black men, it’s through a prism stained by the fact that a negative, sometimes racially charged, encounter with a policeman is a far-too-common rite of passage.

UPDATE: Another “professional” frame, this one saying that shooting someone for asserting their constitutional rights (instead of obeying immediately) is, in fact, what one should expect from a well-trained police officer:

He is instead concerned with protecting his mortal hide from having holes placed in it where God did not intend. And you, if in asserting your constitutional right to be free from unlawful search and seizure fail to do as the officer asks, run the risk of having such holes placed in your own.

UPDATE: Over at anthropoliteia, a blog devoted to the anthropology of policing, Jeff Martin says this is a teachable moment:

To focus discussion of the event onto the cultural dynamics by which larger issues are made relevant to social action, we can usefully borrow Marshall Sahlins’ concept of the “symbolic relay,” i.e. symbols which are deployed to “endow the opposing local parties with collective identities and the opposing collectives with local or interpersonal sentiments.

Whereas Radly Balko says “If there’s a teachable moment to extract from Gates’ arrest, it’s that arrest powers should be limited to actual crimes.” And Tenured Radical says that what he learned living in an integrated neighborhood “is that white people put black people in danger every day.” Meanwhile, the police released a recording of the phone call to the police placed by the white neighbor.