These numbers should all be taken with a very large grain of salt, but with 400 people voting in our poll, it seems like there are a lot of anthropology graduate students, professors and undergrad majors out there:

The “other” category included librarians, editors, post-docs, medical professionals with anthropology training, and someone “living in sin with an anthropologist.” 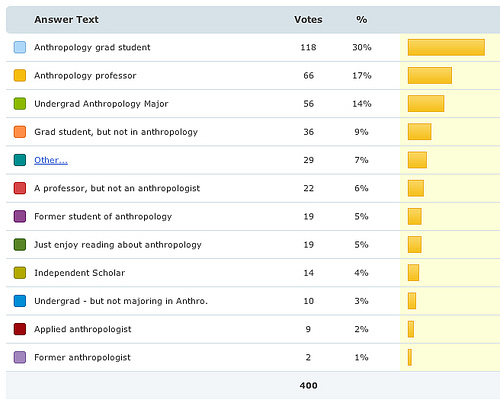 And here is a map of our visitors over the past week. The top 10 cities were: Chicago, Helsinki, New York, London, Washington, Montreal, Bloomington, Portland, Arlington, and Sydney. The top 10 languages were: English, German, Traditional Chinese, French, Finnish, Italian, Norwegian, Dutch, Spanish and Japanese. 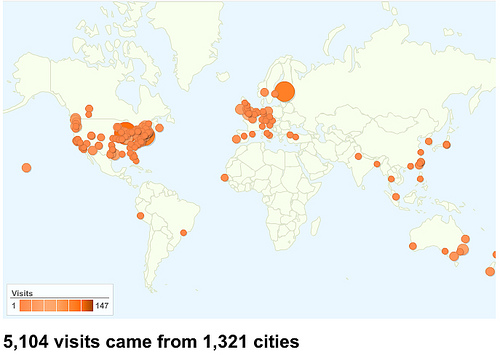 During that week we had 3,502 “unique visitors” the site, about half of whom were newcomers. Half of you are using Firefox, 35% are still using IE for some reason, and 12% are using Safari. About 70% of you connected via broadband (cable, T1, or DSL), with about 2% still using dial-up.

10 thoughts on “Who Reads Savage Minds?”