In my constant search to find that book I can hand to students and say: here is anthropology, I am two books richer in 2007. The second book (the first I reviewed below (above?)) is Joseph Masco’s Nuclear Borderlands: The Manhattan Project in Post-Cold War New Mexico, Princeton University Press, 2006. Whereas Xiang’s book was excellent for its simplicity, Masco’s is excellent for its controlled complexity. Masco seems to have taken to heart the tension between anthropology and science studies: on the one hand science studies too often fails in its understanding of what long-term intensive fieldwork can do; on the other anthropology too often fails to get directly into the heart of science and technology the way it always has language, spirituality and economy. Masco’s book is fusion (that impossible goal of our nuclear culture) of the best kind.

In some ways, in keeping with the various “posts” of the book (Post-Cold War, Post-9/11) this is post-multi-sited ethnography. The focus on New Mexico is inevitable: it is the site of Los Alamos National Labs. And while the nuclear weapons industry is huge and spread around the globe, LANL is the defacto, iconic, and central entity. But Masco’s book is not really about the nuclear weapons industry, nor about LANL per se, nor is it only about the impact of the lab on the people who live around it. Nuclear Borderlands is a frankly cosmological book; it is about how the bomb makes us who we are today. The naive anthropology student might approach New Mexico as a place with many different populations: anglo scientists, pueblo indians, neuvomexicanos, hippie anti-nuke activists–each with their own distinctive lifeworld and worldview. But Masco is having none of that: for him, the bomb is the bomb. It has determined nearly every aspect of our lives (and “our” means basically everyone on the planet) for 50 years… to say nothing of our futures. Thus, in the chapters that explore the lives and thoughts of these different groups, the same cosmological questions about the impact of Nuclear Weapons and the Cold War keep coming up–and keep providing ways to connect these seemingly diverse groups to each other: through the lab, through secrecy and hypersecurity measures, and through politics of race and sovereignty.

It is in some ways striking that for all the attention to “globalization” in anthropology there hasn’t been more obsession with the cultural signficance of the bomb and its apparatus. It was, after all the largest and most complex single industrial undertaking in history. It was completely secret, and yet hysterically public (from the ants of Them to the ubiquitous nuke-wielding terrorists of contemporary film and tv). Generations, around the globe, have ground up in and around the bomb and its bizarre, “unthinkable” possibilities. Among recent work in anthropology, Hugh Gusterson’s (1 and 2) and Adriana Petryna’s work are the only two that leap to mind, and in Masco’s work is a delightful extension of ideas and problems broached in these two works (indeed, the three together would make for a great set to teach the intersection of STS and anthropology). 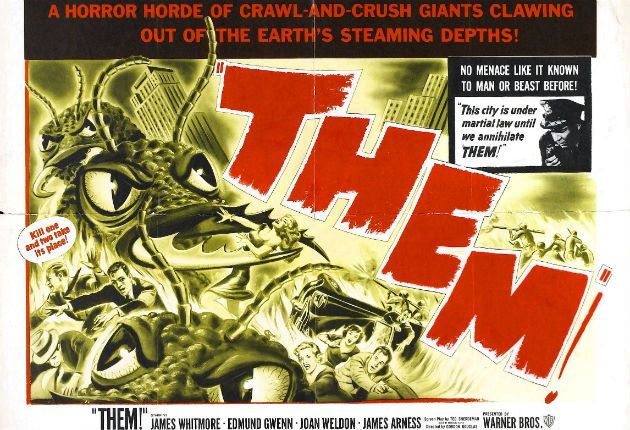 The reason I might use this book as an introduction to anthropology is because of the way it handles complexity and the manner in which it handles its concepts and theories. Throughout the book, certain concepts return: secrecy, security (and hypersecuirty), mutation, econnationalism, radioactive nation-builiding. These concepts help connect the diverse and complex stories and interactions in New Mexico to that oft-used, ill-explored notion of a “cultural logic.” In Masco’s book, it is not the fact that these people are all in New Mexico that renders them interesting or researchable, it is the fact that they all relate to nuclear weapons, security and secrecy on a daily basis. As such they represent a microcosm of the rest of the world which does not live next door to the bomb–but which is no less determined by it. I’m not sure this is a logic… in fact I’m positive that it isn’t (cultural or otherwise) but I do know that it is systematic: it includes not only the fact of the bomb as a threat, but the massive infrastructures created to deal with it, the massive economic expeditures devoted to it, the worldwide health impacts, the geo-strategic reality and so on. It just so happens that the Pueblo and Nuevomexicons of the Pajarito plateau are really close to this system.

I love the way these concepts become the focus of the book, rather than simply applications of some theory to some setting. Indeed, one might expect an array of hip and emergent theorists to people an account of post-cold war, post-9/11 security: a dab of Agamben, a soupçon of Empire, but that would render the book forgettable. Masco is bolder, and in some ways more stubborn: the only two concepts adequate to discussing the bomb are the bomb itself: Marx’s fetish and Freud’s uncanny. Since the bomb, according to Masco, is not just one object of study among others, it resolutely and profoundly orders the cultural landscape of the contemporary–before and after the Cold War. Hence it requires concepts adequate to it: Freud’s uncanny and Marx’s fetish are (modern) concepts similarly ubiquitous, determining and mis-understood. Masco does this elsewhere with skill, as in the introduction, where Walter Benjamin’s discussion of shock and phantasmagoria is twinned with the experience of “flashblindness” that occurs directly after seeing a nuclear explosion. It’s much easier to communicate (and critique) Benjamin’s ideas when they are given such specific and textured forms.

Part one explores four separate groups engaged with nuclear culture in and around LANL: the scientists at the lab; the pueblo Indians and the reservations of New Mexico; the Nuevomexicano population; and the anti-nuclear activists who connect their local concerns to wider social movements. The first part ranges from the weird conundrums of scientists’ “science-based stockpile stewardship” to the literal cosmologies of the pueblo Indians and their struggle to preserve the sacred sites on the Pajarito plateau. In examining the lives of the four intersecting groups, Masco demonstrates how to hold things apart and explore their co-existence at the same time: the uncanny occupation of a world transformed by the bomb permeates to the heart of each of these groups–even as they continue to make claims based on difference and equality. As Masco insists, there is no one model that would capture the lived complexity of the place (37). Part two explores the impact of the end of the cold war on nuclear secrecy and the biological effects of nuclear culture. The Wen-Ho Lee case provides a jumping off point for exploring secrecy and “hypersecurity” inside and outside LANL, and the ways in which these security concerns are racialized in new ways. Wildfires in 2000 provide a starting point for thinking through “mutation” and the new political ecology of the post Cold War. These last two chapters are great examples of how to connect ethnographic detail to broad, complex contemporary problems like (hyper)security and new forms of biological life. Masco’s book should give us a way to make sense of something that is far too close to everyone to miss, and yet all too often ignored.

A shorter version of this review will appear in American Anthropologist.