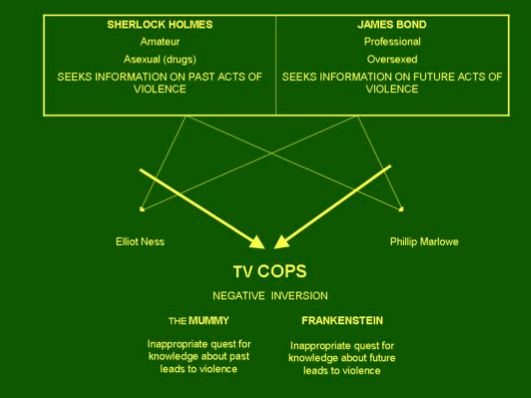 From David Graeber’s 2006 Malinowski Lecture at LSE, about the structural violence reproduced in and through modern bureacracies:

Police are, essentially, bureaucrats with weapons. At the same time, they have, significantly, over the last fifty years or so become the almost obsessive objects of imaginative identification in popular culture… [which] throws an odd wrinkle in Weber’s dire prophecies about the iron cage: as it turns out, faceless bureaucracies do seem inclined to throw up charismatic heroes of a sort, in the form of an endless assortment of mythic detectives, spies, and police officers — all, significantly, figures whose job is to operate precisely where the bureaucratic structures for ordering information encounter, and appeal to, genuine physical violence.

The lecture is a poignant and sarcastically funny take on the suffering created by bureaucratic stupidity.  I was thinking of Graeber’s emphasis on governmental imbecility a few weeks ago when I ran across Bob Somerby invoking anthropology to query the stupid.  Lamenting the highly scripted and remarkably ignorant reporting that passes for political journalism in the United States, especially journalism about Democrats, Somberby asked: “…it raises the anthropological question: Are we Americans smart enough to conduct the most basic journalism?”

If Graeber points us toward the structural violence of the social simplification + force that modern states represent, Somerby has been assiduously tracking the simplifying or obscuring ‘scripts’ that mass media + celebrity journalism reproduce. As Somberby has lately been suggesting, such stupid and simplistic scripts (e.g., most of the ‘conventional wisdom’ concerning Gore) have had hideously violent sequelae in places such as Guantanamo Bay and Baghdad.

2 thoughts on “Great Diagrams in Anthropology: Graeber does Lévi-Strauss”